The symbolic Molí Vell de La Mola is the main reason for this walk that will take you along the south eastern side of La Mola to finish with a splendid view over the sea at Punta Roja. Leaving the town of Pilar de La Mola, follow the signs to Molí Vell. This old flour mill is one of the seven that once stood in Formentera and the third oldest on the island. It is, without a doubt, in the best state of repair. It was built in 1778 and all the machinery inside is in good condition, thanks to the loving care and efforts of its former owners, Joan (the last miller in the Balearic Islands) and Maria. The mill can be visited during the summertime. Traditionally, windmills were operated by animals and were known as “blood mills”. This was the oldest system for grinding grain and making flour. Later on they took advantage of the fact that the island is exposed to the wind on all sides, and instead of using animals they installed windmill mechanisms.

After the windmill you’ll cross farmland and a forest track that goes through a wooded area with the odd house before reaching the Punta Roja cliffs, the end of your route and a place for enjoying magnificent views. 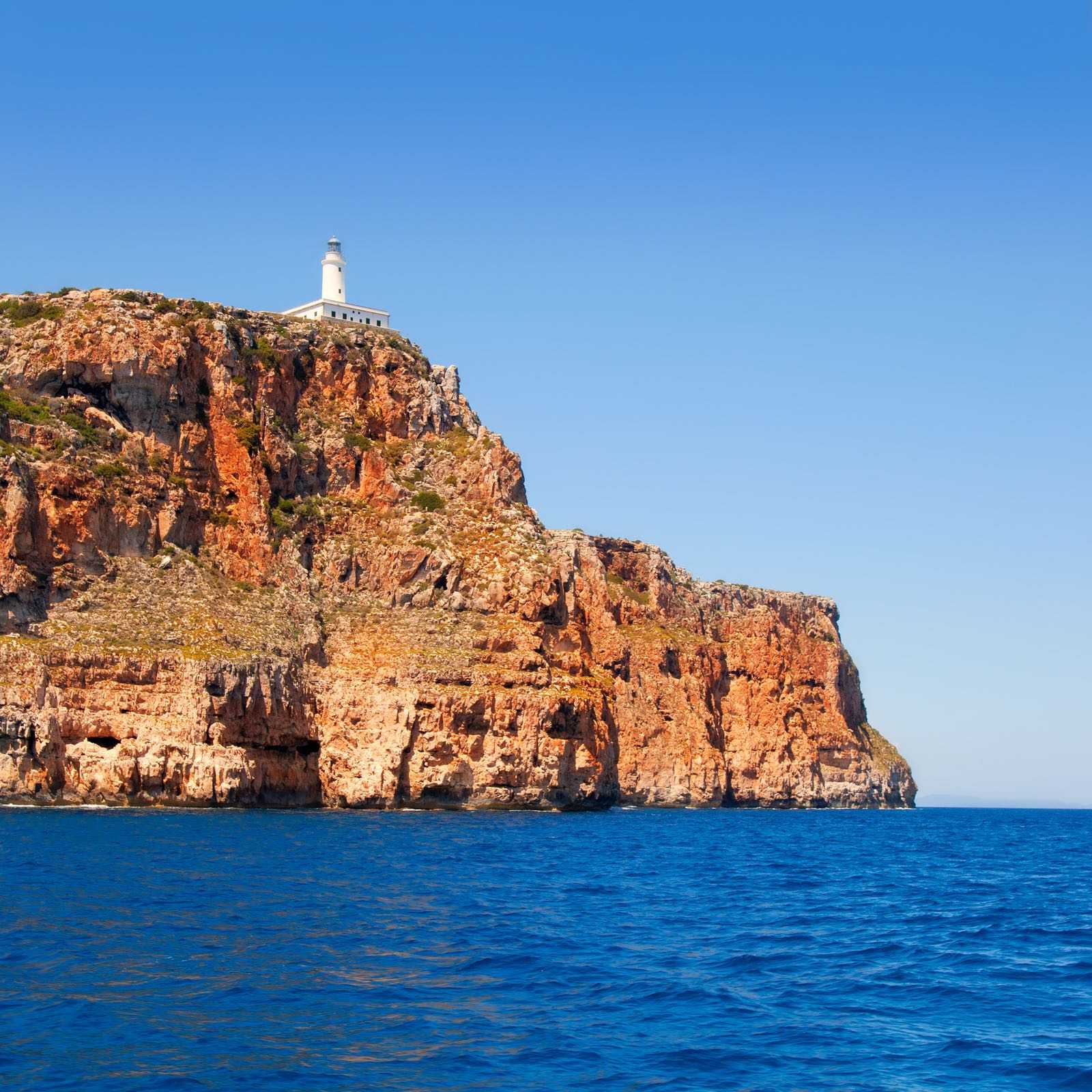 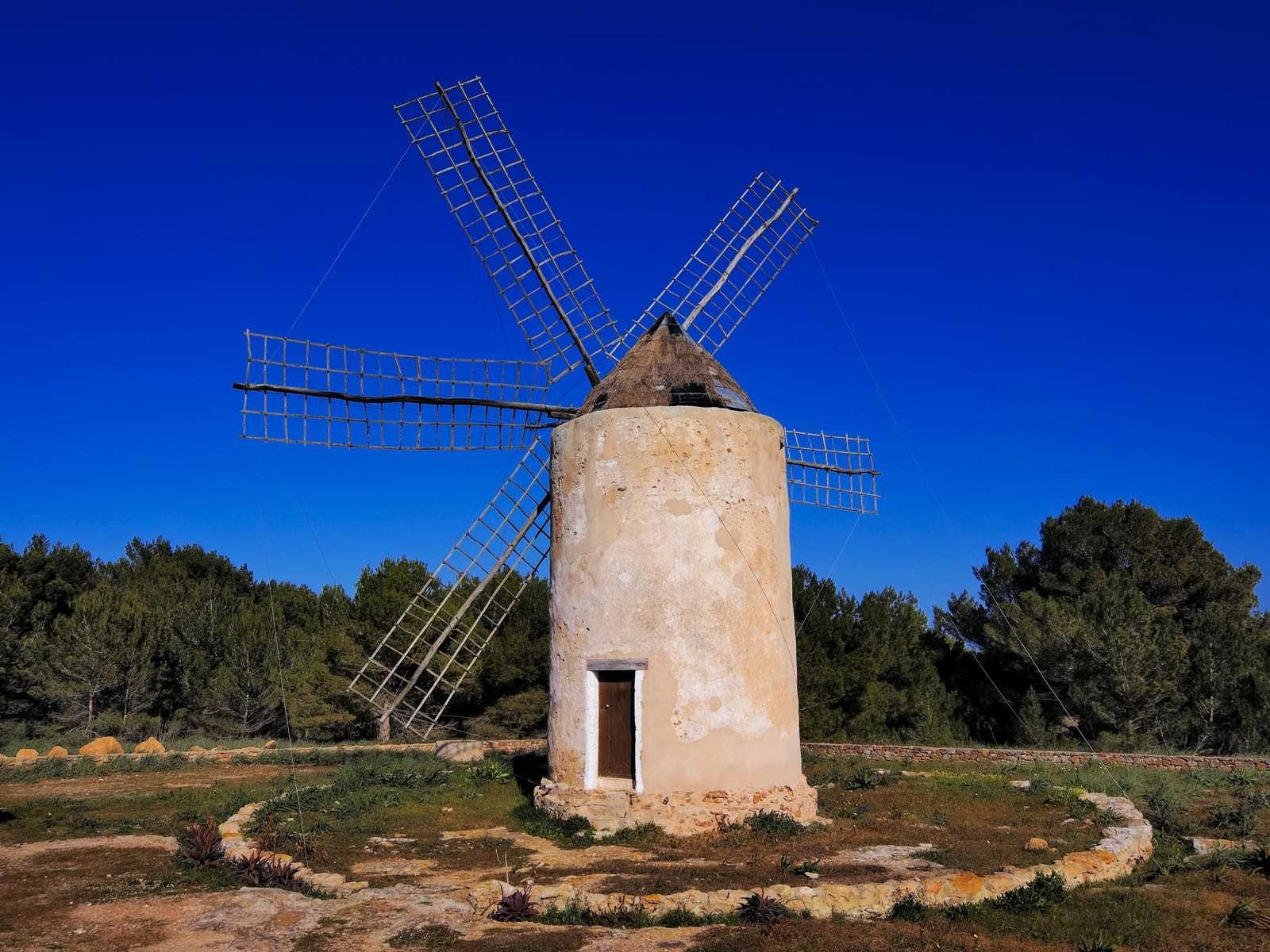