The world’s longest living being is responsible for the clarity of our waters.

Often mistaken for seaweed, Posidonia Oceanica is probably the most important plant in the marine ecosystem of the Pityusic Islands.

If anything stands out above all else in the landscape of the coast of Formentera, it is the crystalline waters that surround the island, and this is thanks to the presence of the immense meadow of Posidonia Oceanica, which plays the role of natural purifier. Its ecological importance is such that in 1999 it was declared a World Heritage Site by UNESCO.

The Posidonia meadow is crucial for the marine ecosystem, as it is a plant that carries out photosynthesis and is one of the main producers of the oxygen that sustains the fish, sponges, algae and other marine animals that live under its protection. Its presence allows many marine species to set up their home in the waters of Formentera and serves a function similar to that of a reef, protecting the coast from adverse weather conditions.

Posidonia is a plant that usually grows on shallow sandy seabeds but can also be found on rocky sea floors. It has leaves, roots, fruits and flowers, traits that have made it possible to ascertain that it was a terrestrial plant that adapted to the marine environment in the past. Like many plants, it follows a yearly cycle with the consequent loss of leaves during autumn, hibernation during the winter and flowering during the spring months. Its presence is vital in preventing the erosion of the seabed thanks to its roots, as well as protecting the coastline from storms with the dead leaves that are deposited on the shores during the autumn. 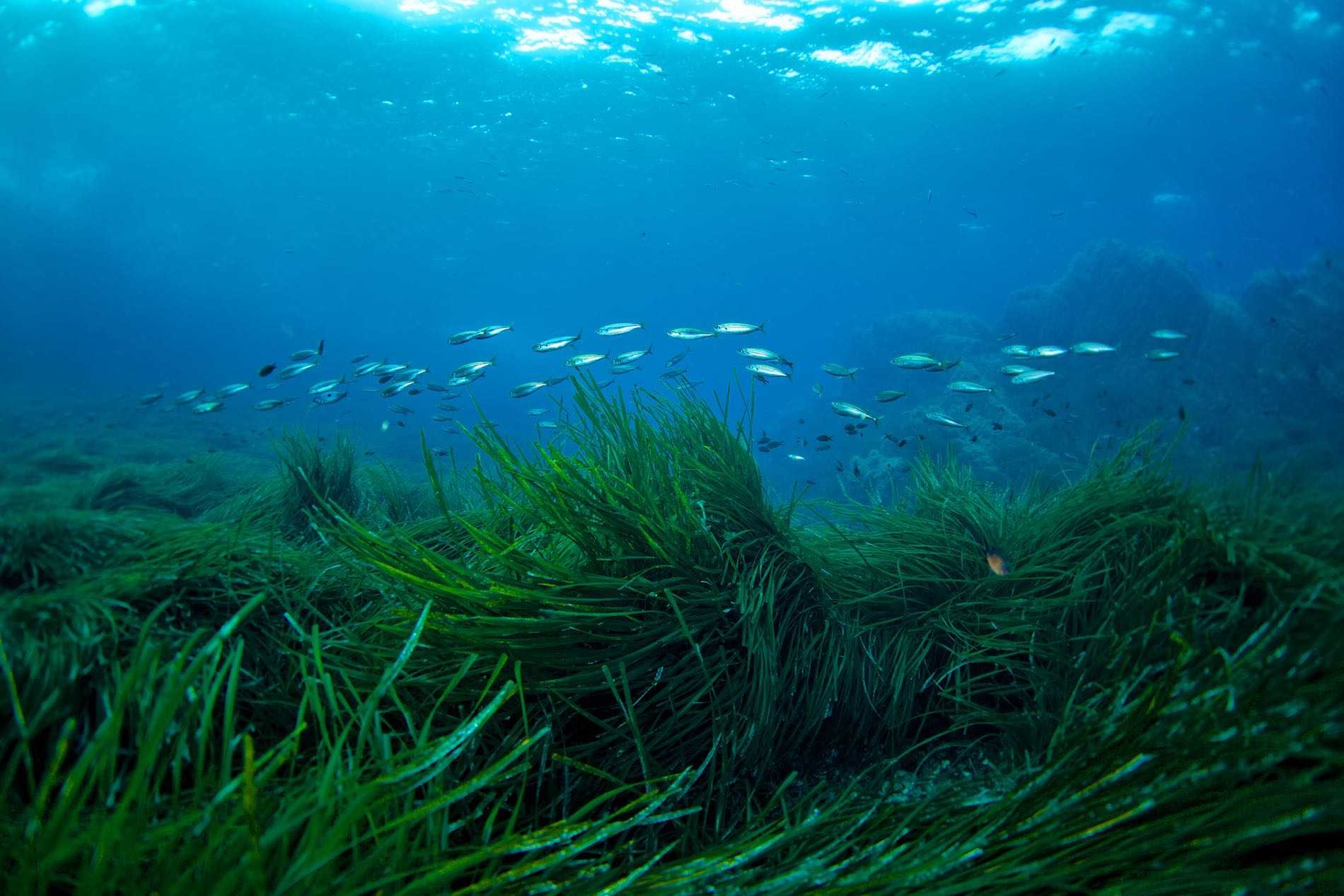 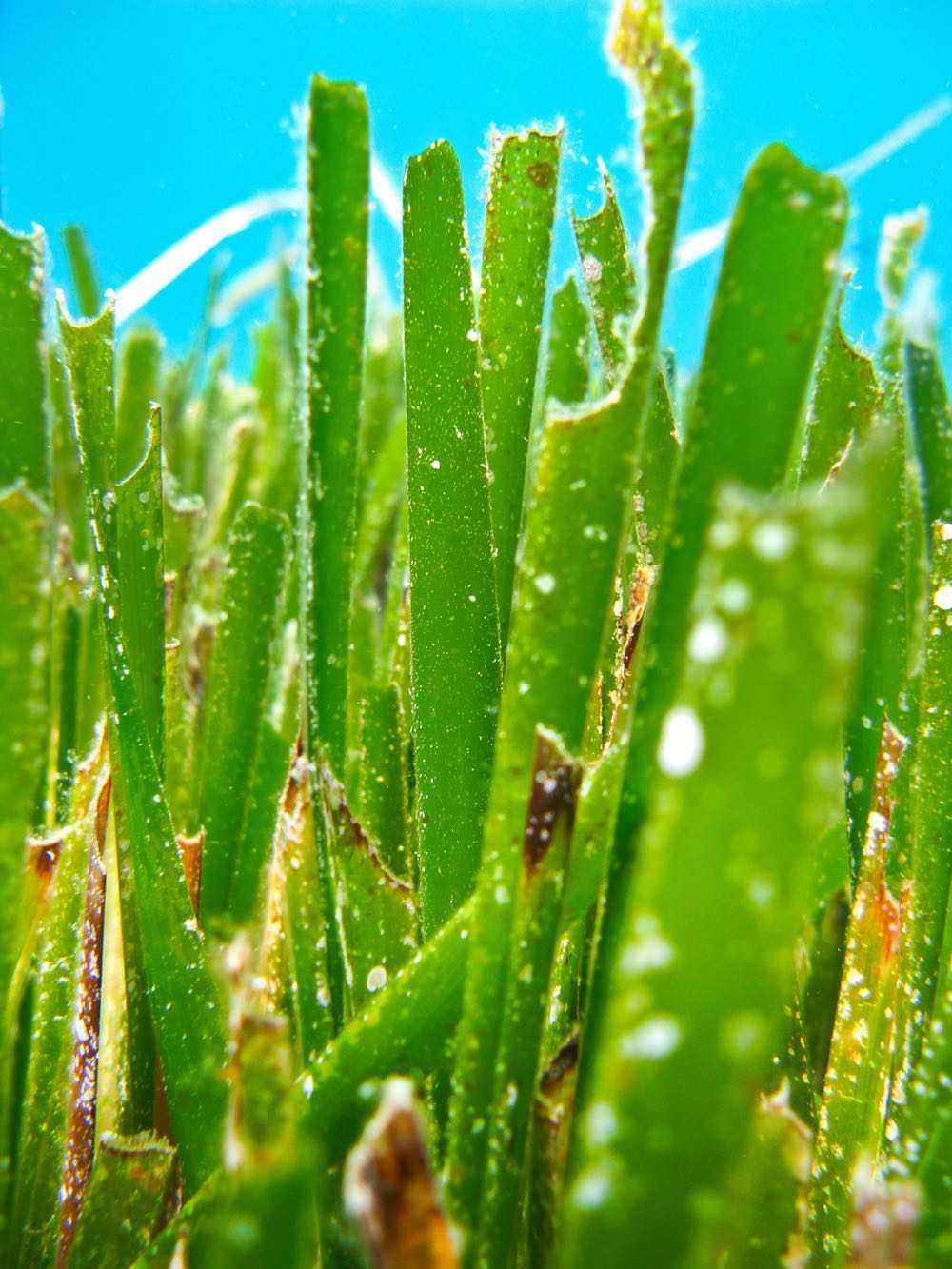 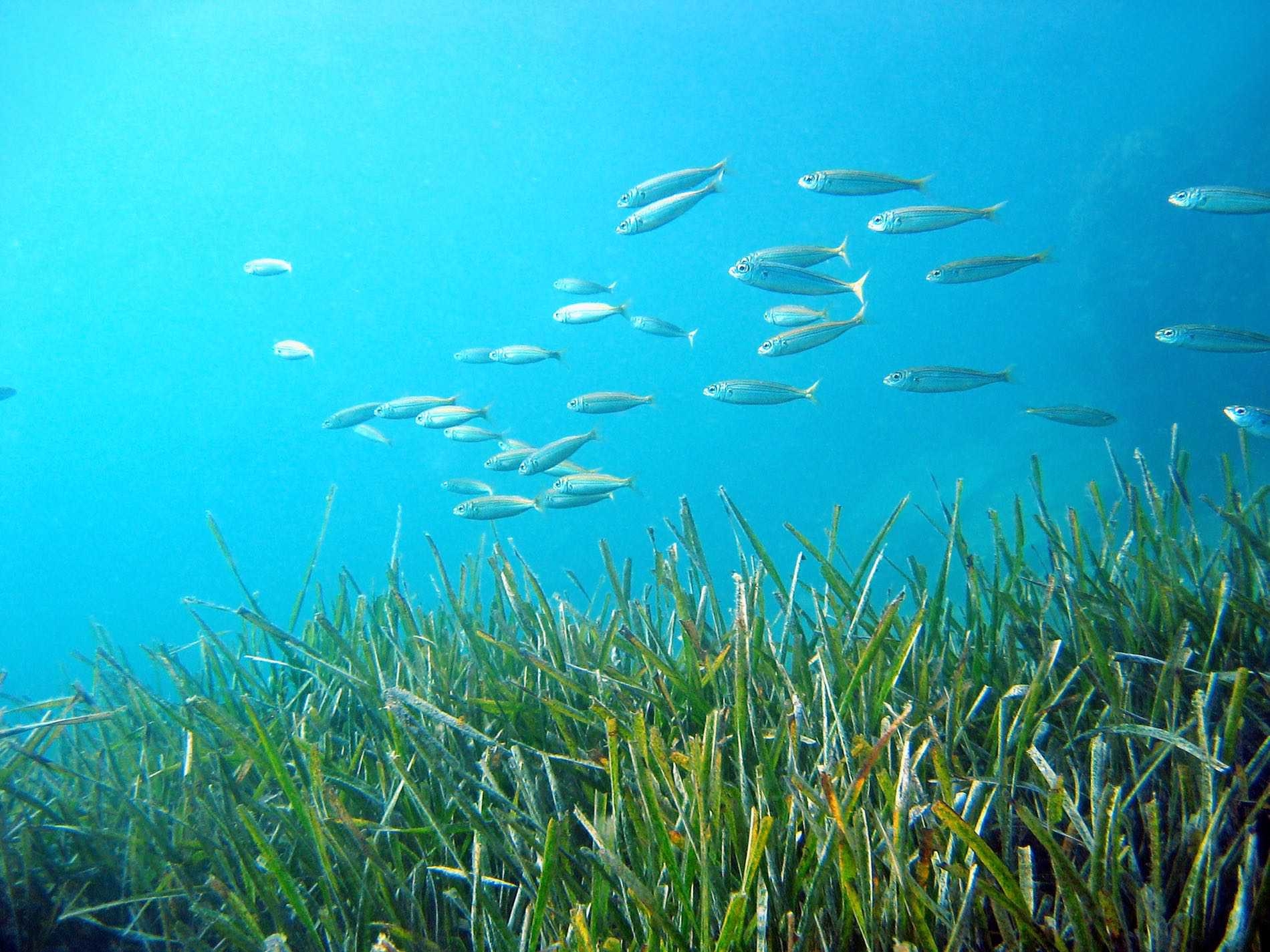 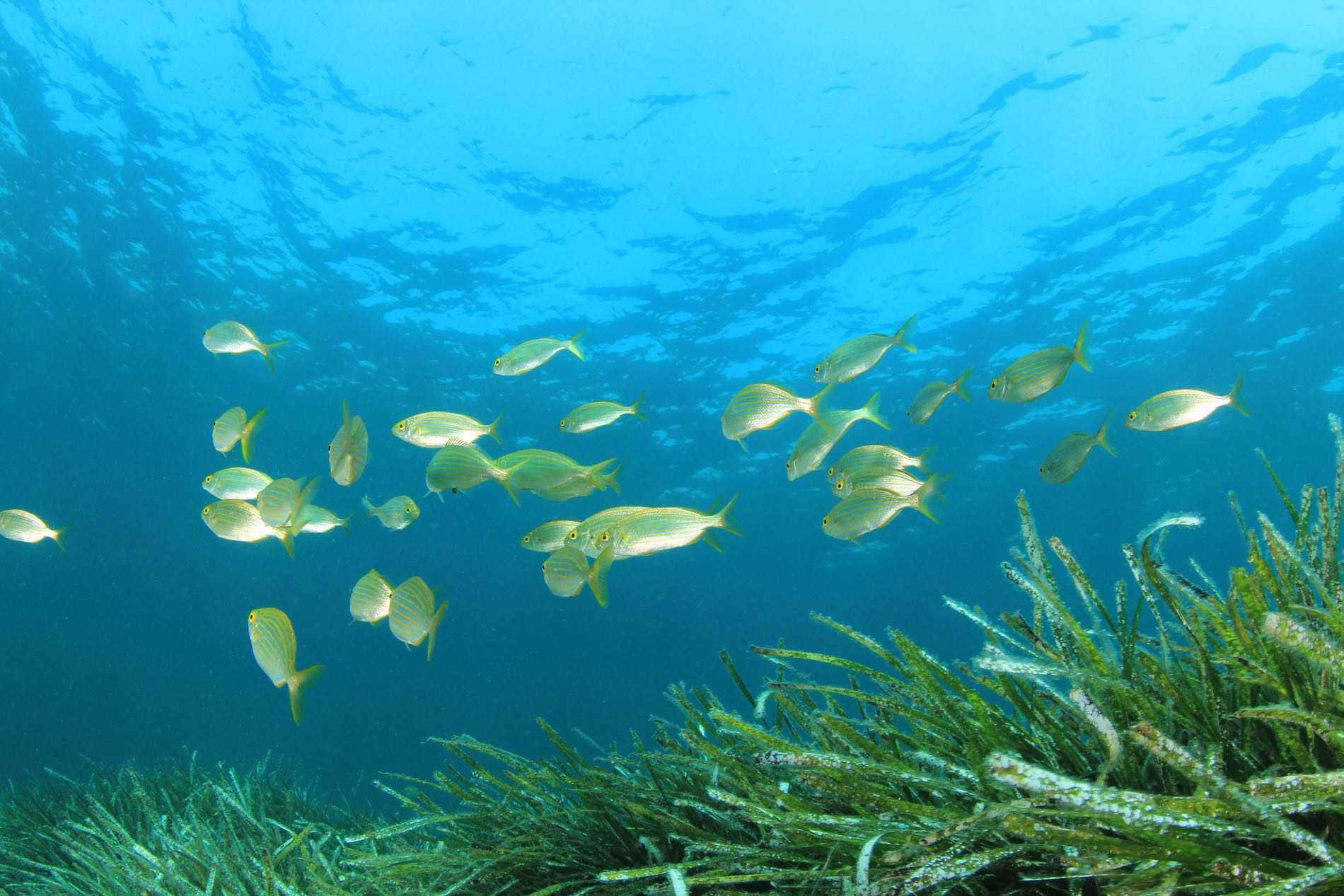 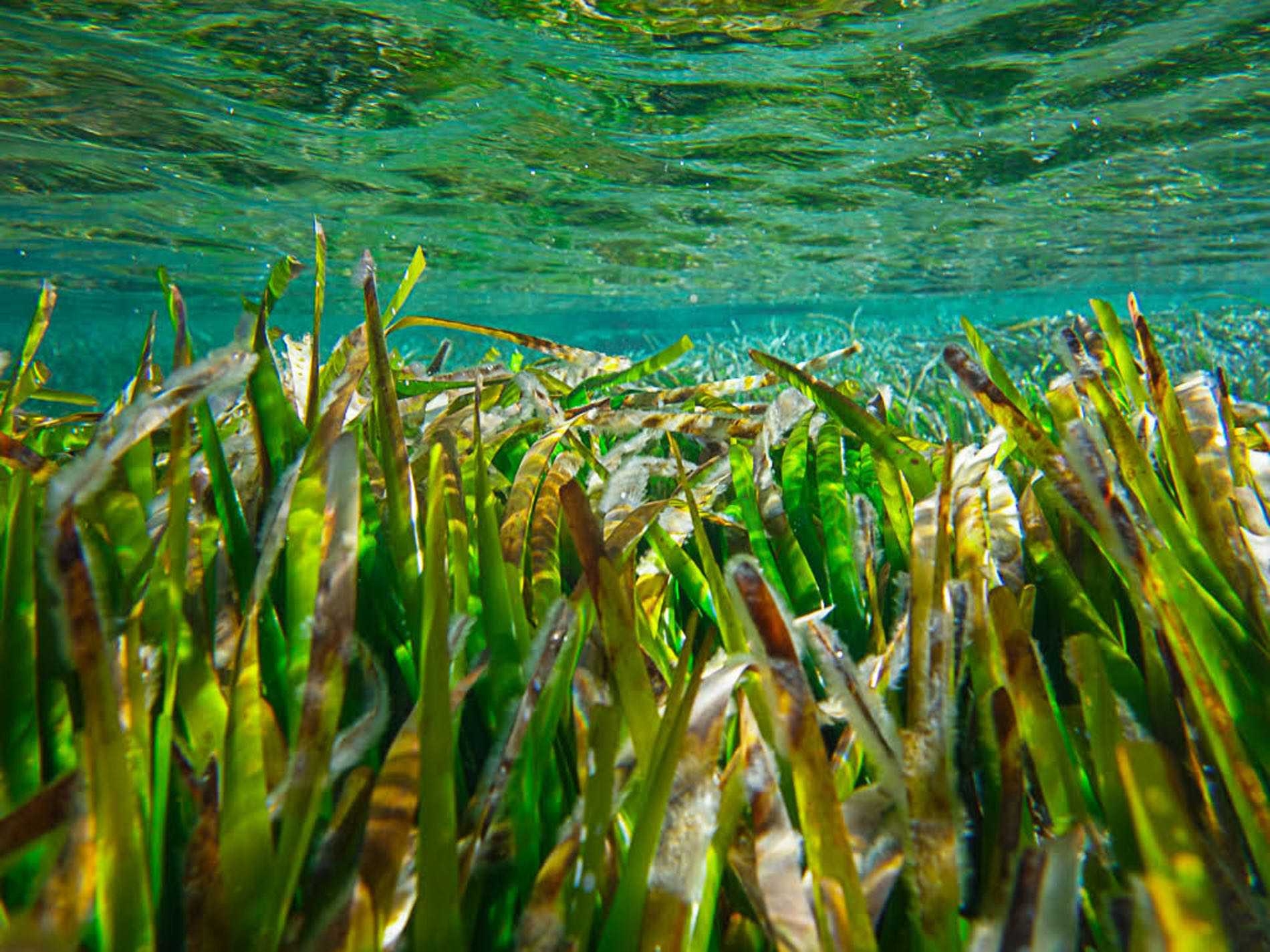 The meadow surrounding the coast of Formentera covers an area of around 7650 hectares. Maintaining such a large area is endangered by threats such as water pollution, which makes it difficult for this plant to photosynthesise, or the anchoring of boats in these areas, which uproots the plants from the seabed. These problems have led to the conservation of this ecosystem becoming a priority for Formentera, with anchorage regulation measures or important initiatives such as the Save Posidonia Project, which aims to protect it and make people aware of the important role it plays in the island’s marine ecosystem. To see it in all its glory, there is nothing better than snorkelling or scuba diving and discovering the immense wealth it brings to the Mediterranean Sea.

Beaches
The Island
Places of interest 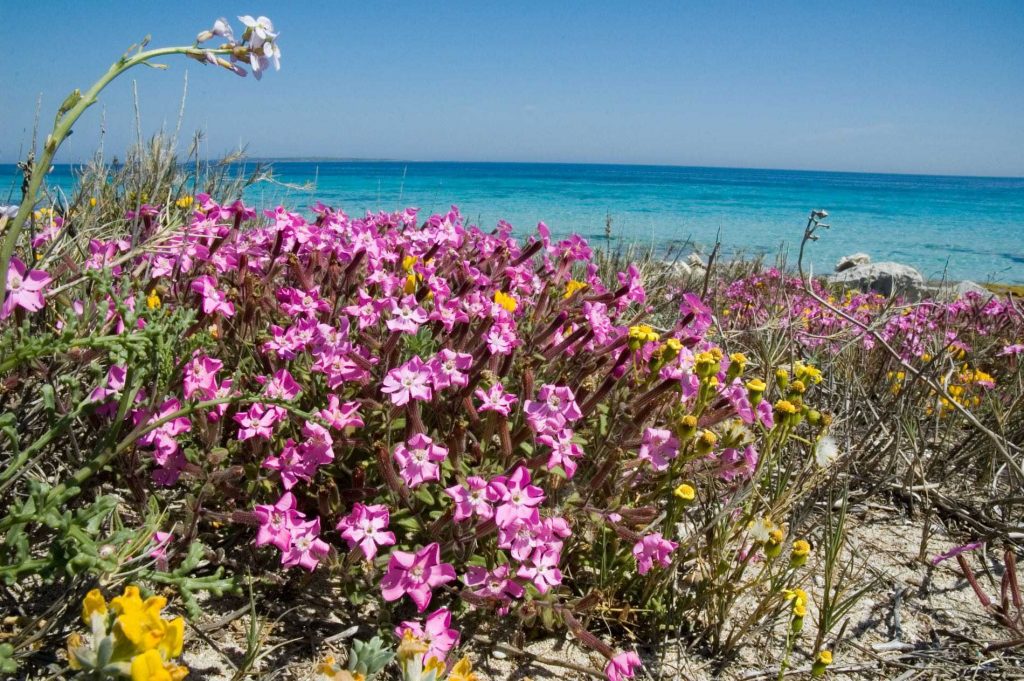