A town with a free, creative and festive character.

Sant Ferran is an inland town located in the centre of the island, where the roads from Sant Francesc, Es Pujols and the Pilar de la Mola cross

Formentera’s main road forms the southern boundary of the town, which has a small historic centre with a church, square and a network of small pedestrian streets that have been renovated in recent years.

In the seventies, the town of Sant Ferran de Ses Roques was the meeting point for hippies and bohemians, who gathered in the legendary Fonda Pepe, which is still open. This free, creative and festive character is maintained in the art and craft markets that are held in the summer months every night except Wednesday and Sunday.

What to see: church of Sant Ferran de ses Roques and surroundings of the town

The 1785 decree creating the parishes of the Diocese of Ibiza and Formentera included, in addition to those of Sant Francesc Xavier and Pilar de la Mola, a third parish dedicated to Sant Ferran on the island of Formentera, with a church to be built in Las Salinas. However, the church was not built there because the conditions were not suitable. At the end of 1883 work finally began on the new church, located in the place chosen by the residents: Ses Roques. The church of Sant Ferran de Ses Roques was inaugurated in 1889 and is the smallest of the three parish churches. It has a Latin cross floor plan, with two chapels on either side of the presbytery. It was declared of historical cultural interest in 1996.

In the vicinity of Sant Ferran you can visit the Punta Prima watchtower (to the north), the Cala en Baster jetties and the sea stone cliffs (to the east), two old windmills, the Molí d’en Teuet (to the south) and the Molí de ses Roques (to the east) and the megalithic tomb of Ca na Costa (to the west, after the village of Es Pujols). 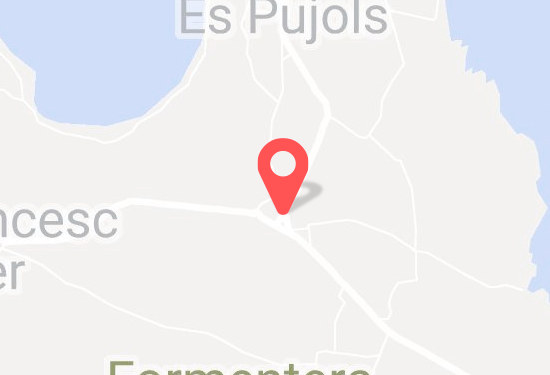 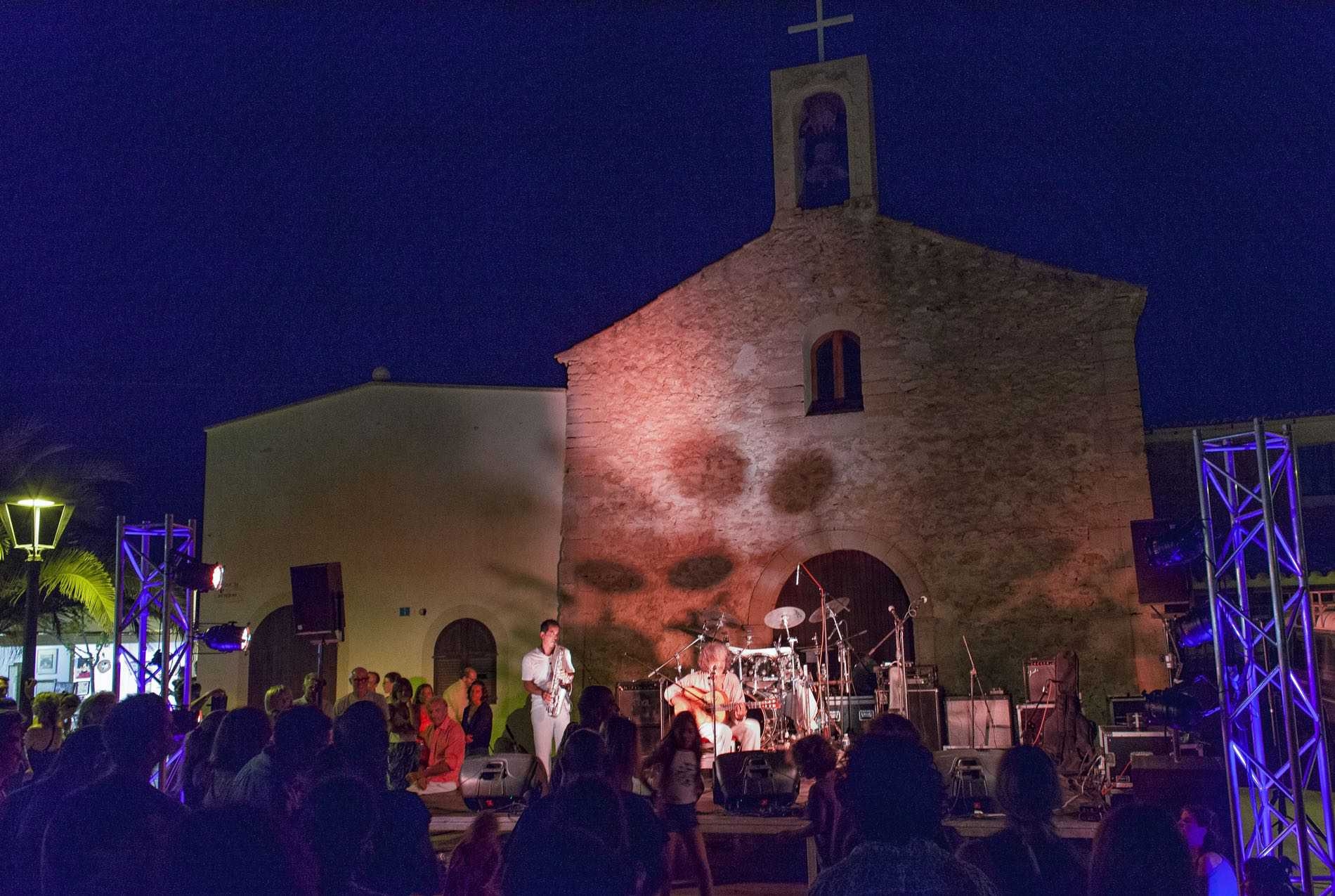 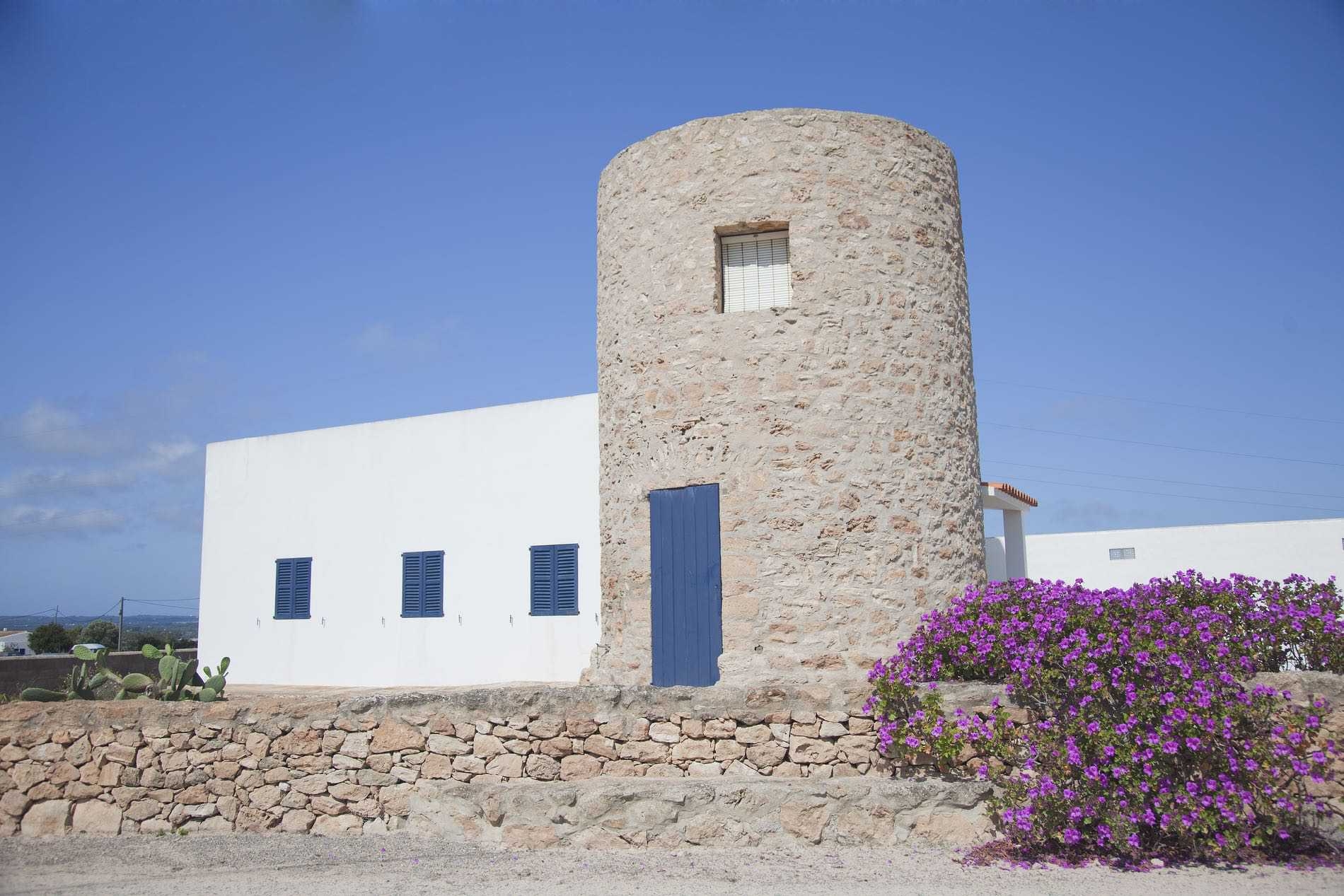 The Sant Ferran Craft Market (open from May to October, approximately) is located on the main street leading to the church, and is open every day except Wednesdays and Sundays from 9 pm to 12 midnight. This new market has become an important point of sale of crafts, with live music every Saturday. Following the same main street, you will find the Art Market, open at the same time (every day except Wednesday and Sunday from 9 pm to midnight). It has become an important meeting place where painters and artists exhibit their works based on the island. The artists occasionally organise children’s activities to promote and encourage creativity in the young.

From May to October, in the “music in the squares” programme, there are live music concerts in the square of Sant Ferran every Friday. During the month of September the Guitar Festival is also held, two nights of live music with leading local and foreign musicians.

The Sant Ferran Festival takes place on the 30th of May.

Villages
Places of interest
The Island