Its wooden boathouses, whose function is to protect small boats from the salt water, were declared a site of cultural interest in 2002. You are strongly recommended to visit its natural harbour and the traditional restaurants in the area.

The walk around the area offers many contrasts: the small sandy coves of Ses Platgetes to the west and the cliffs of La Mola to the east. Nearby, is the starting point of green route 25, which follows the whole of the historical path up to La Mola, known as the Camí de Sa Pujada.

As you climb, you will be struck by the best views of the island, the Racó de Sa Pujada and the Pou des Verro.

Before arriving at Es Caló, you can visit the Can Blai Roman Castle, the remains of a Roman fortified building. The results of the excavations carried out in 1979 and 1980 suggest that this is an unfinished work, possibly of a private nature, intended as a refuge for the population of nearby areas. It was declared of archaeological cultural interest in 1994. 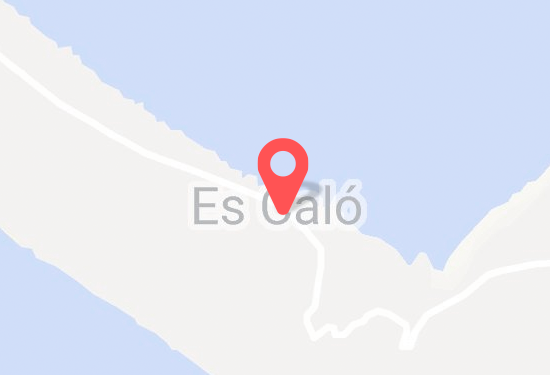 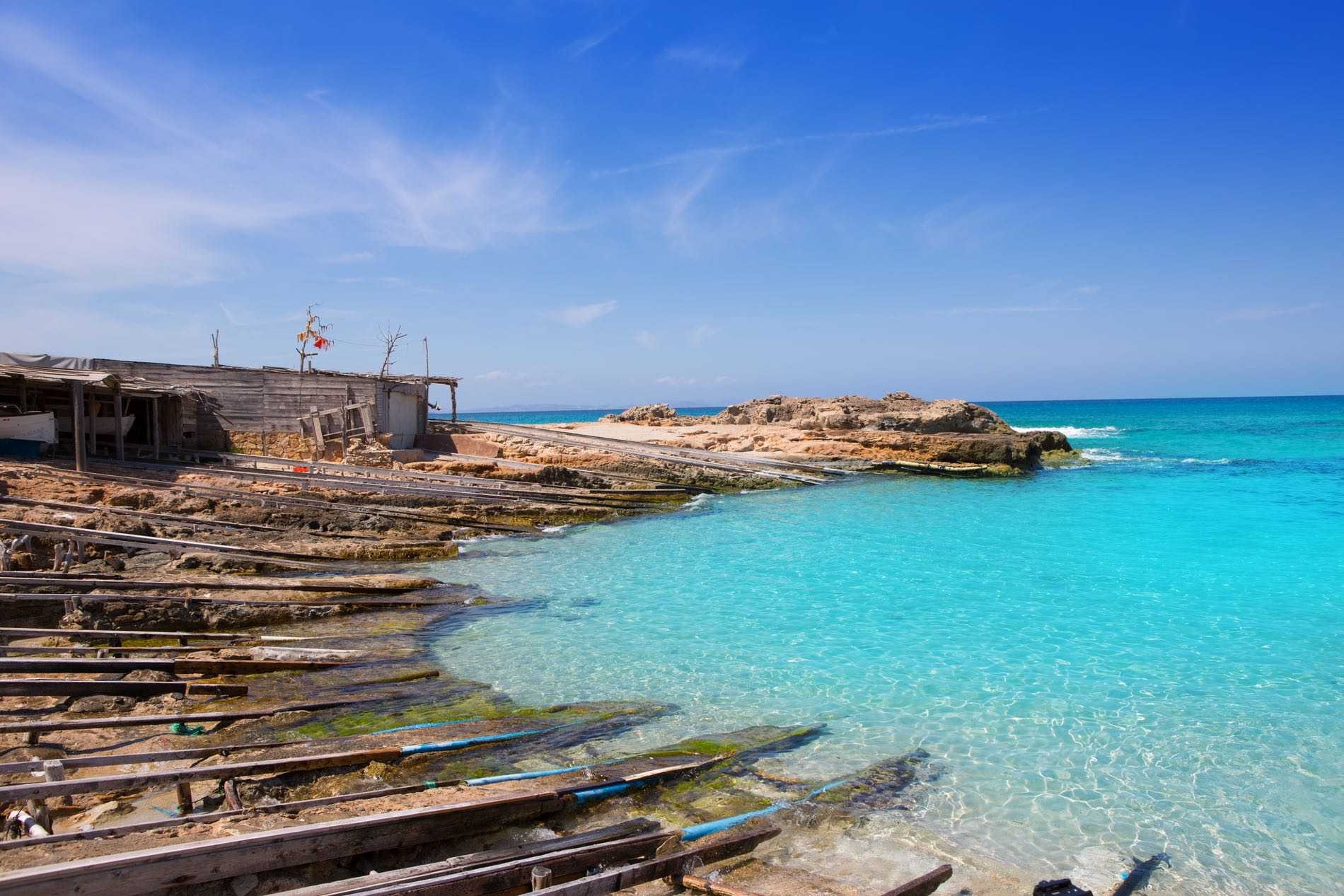 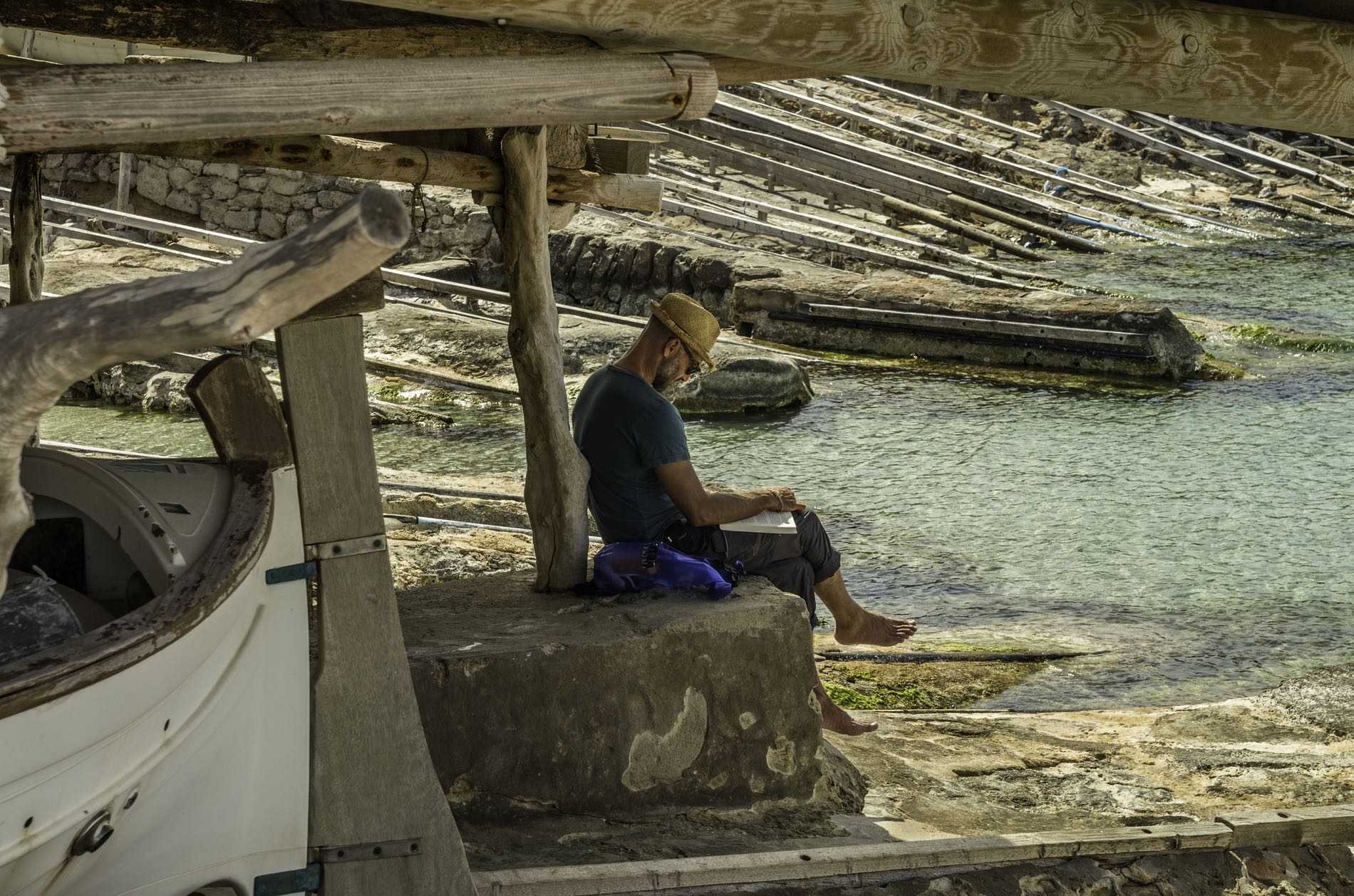 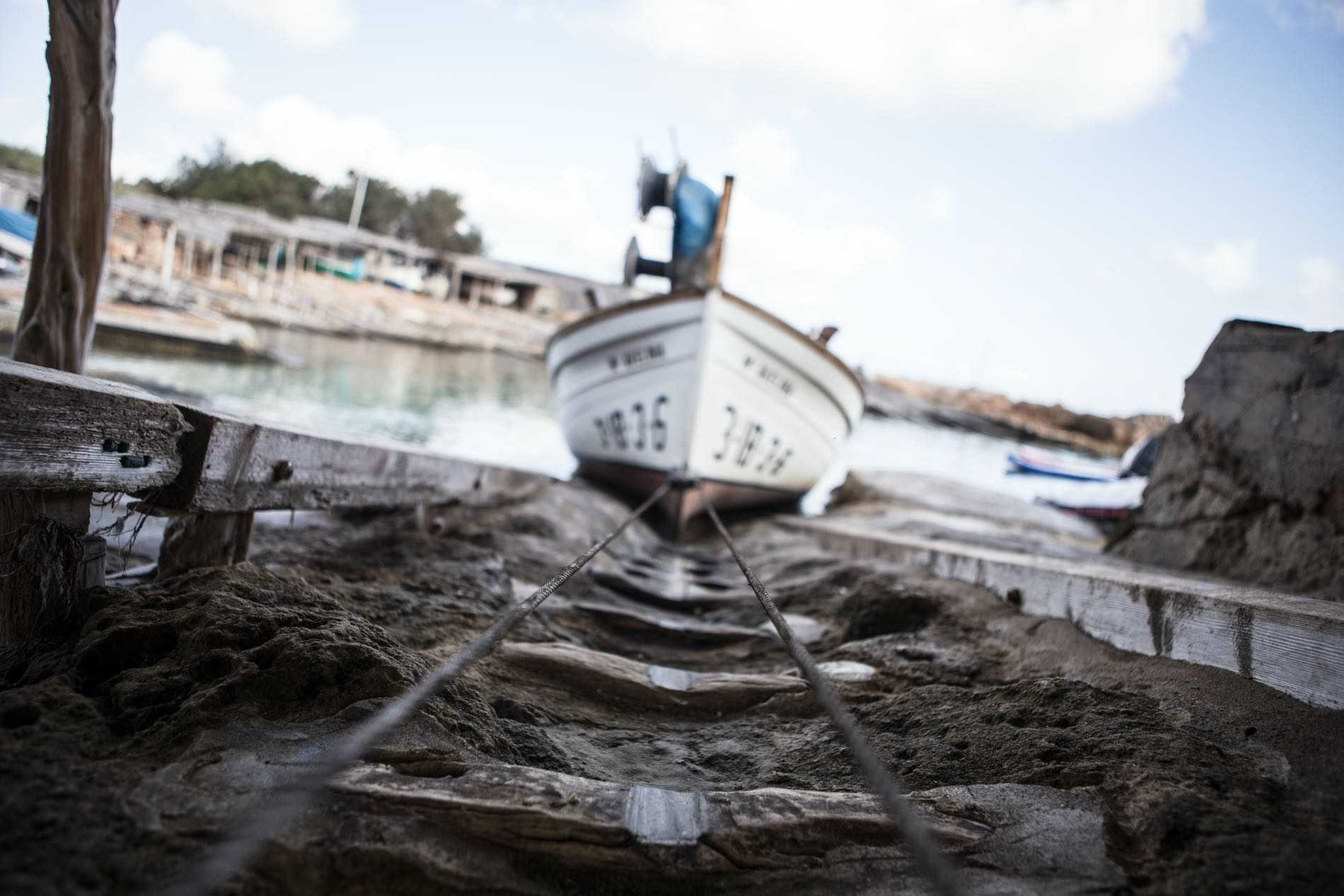 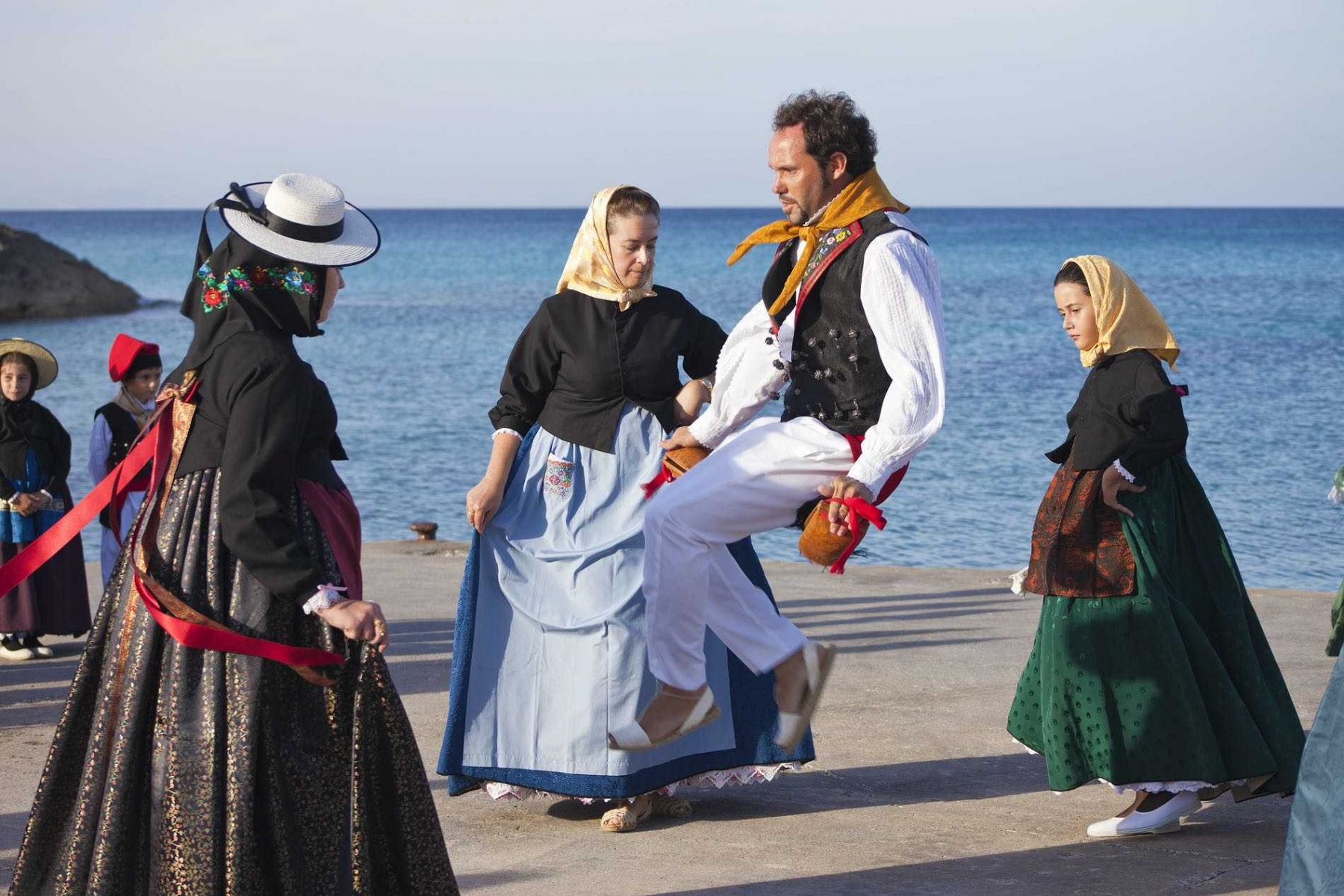 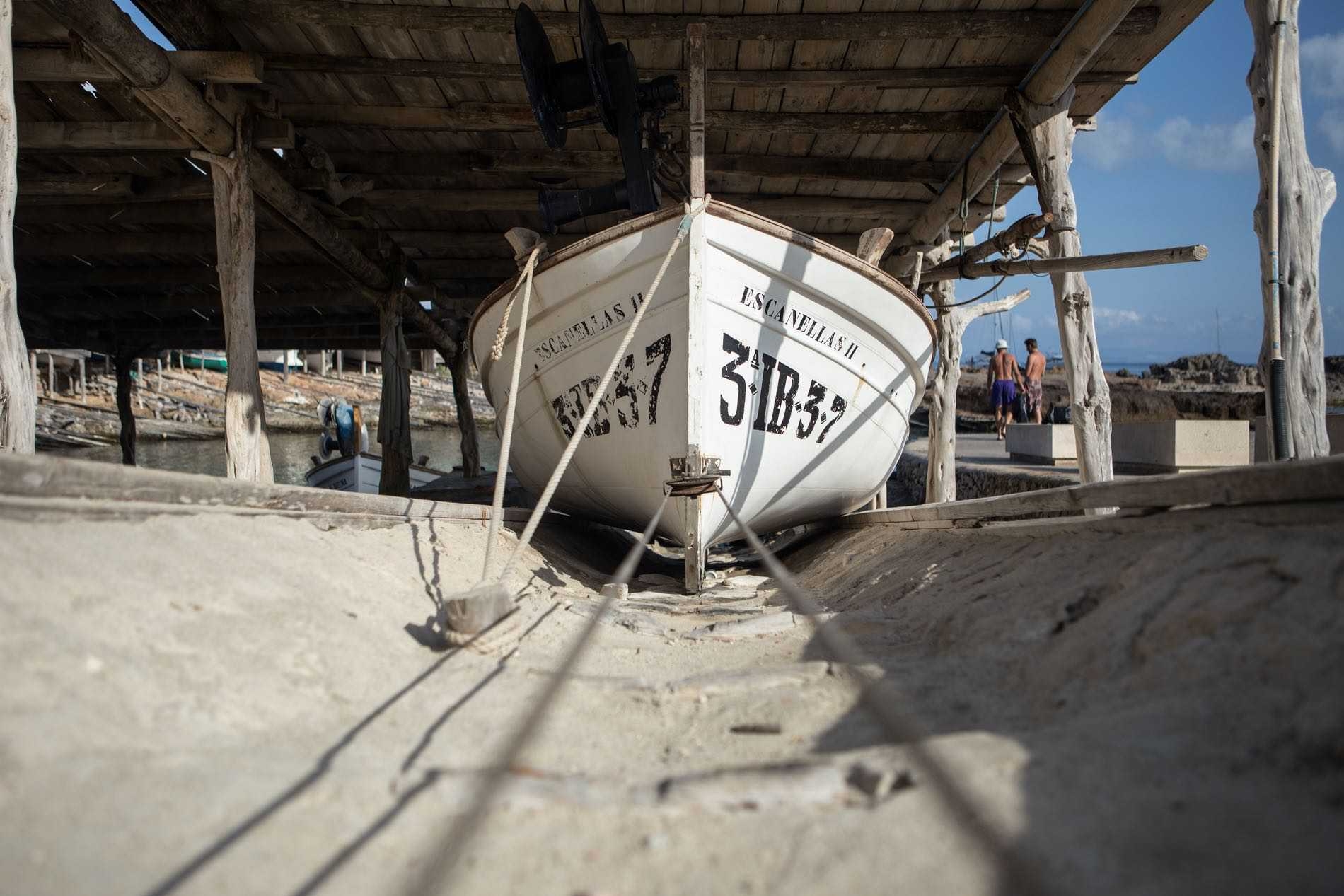 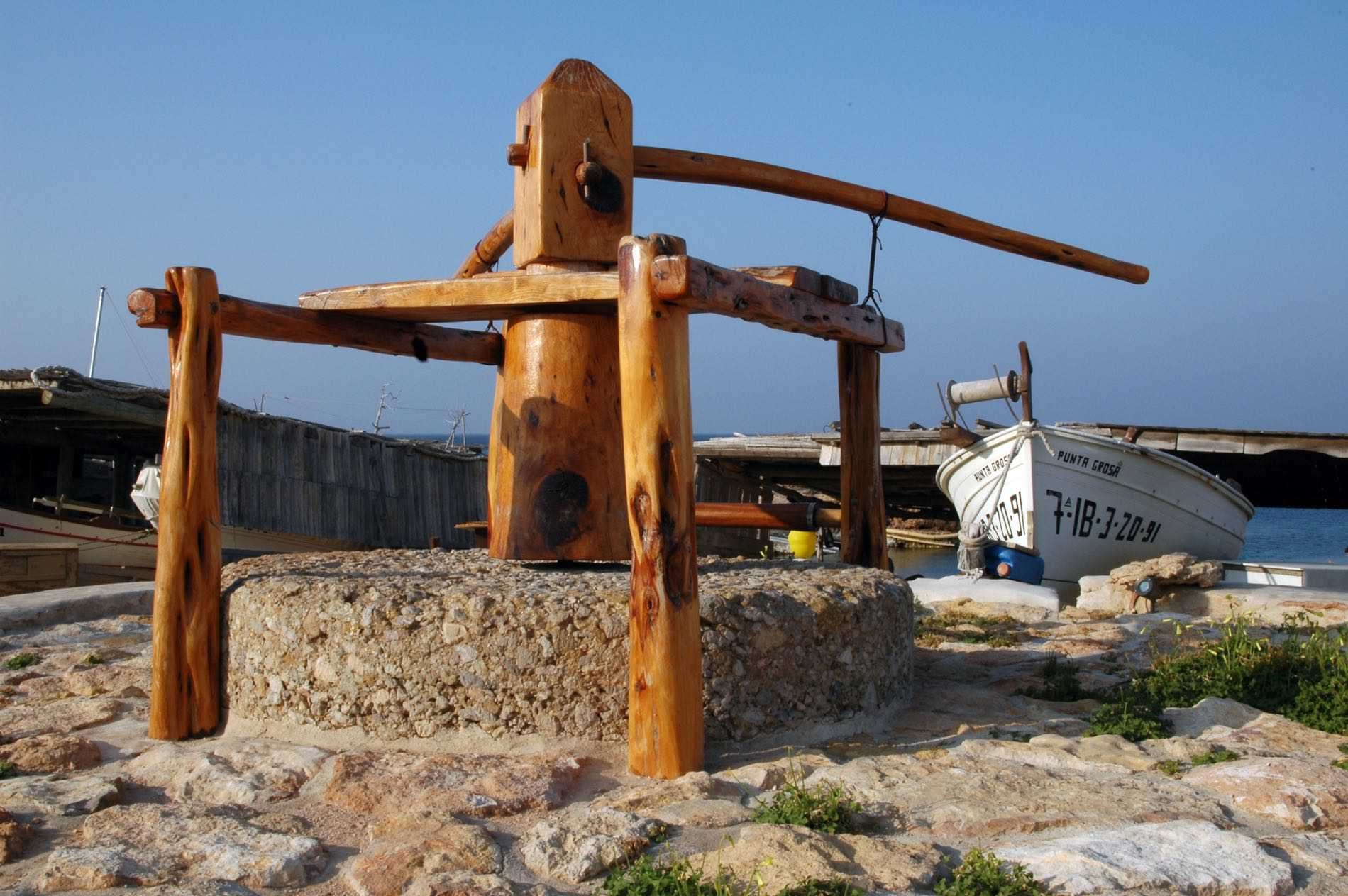 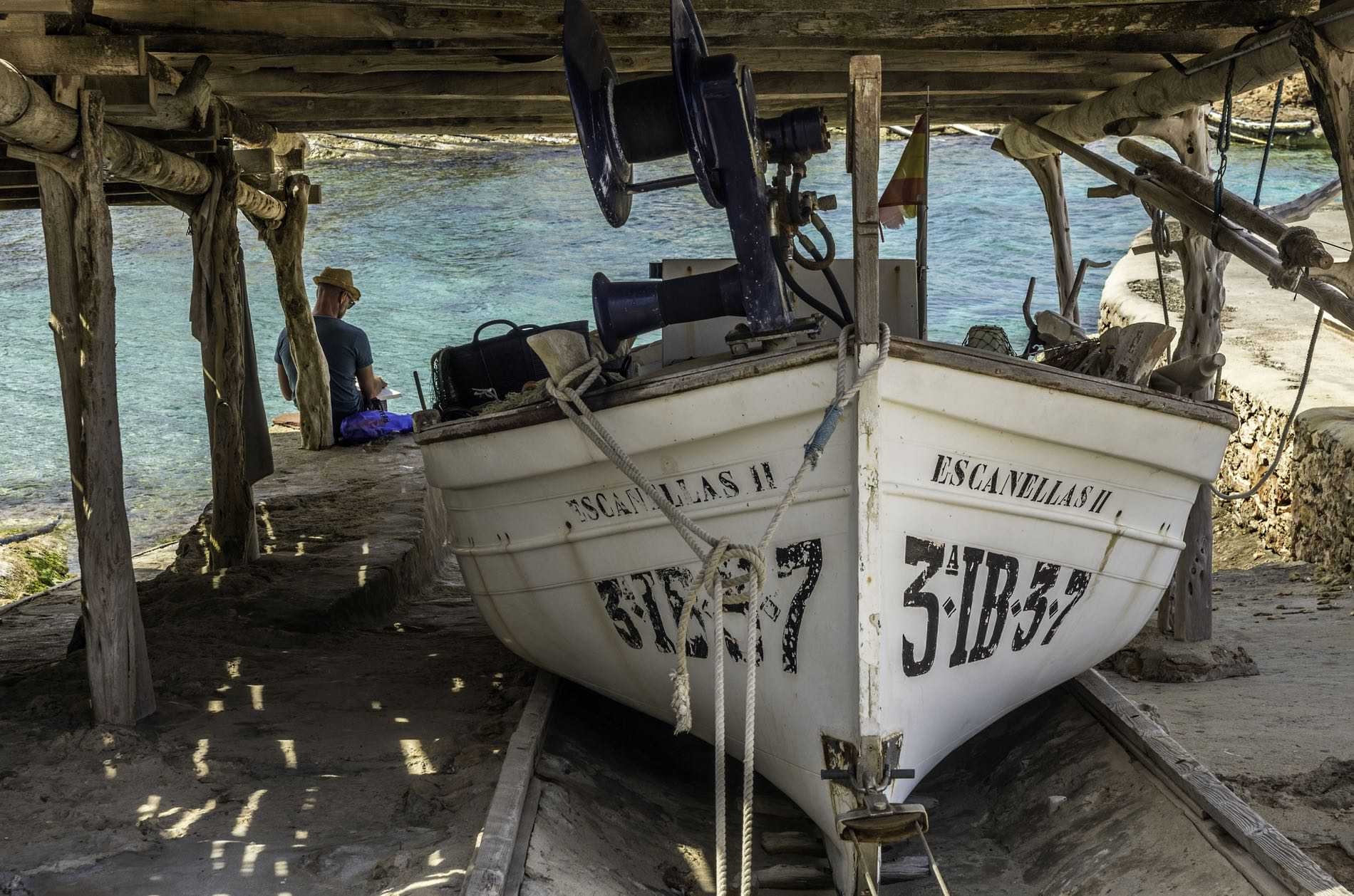 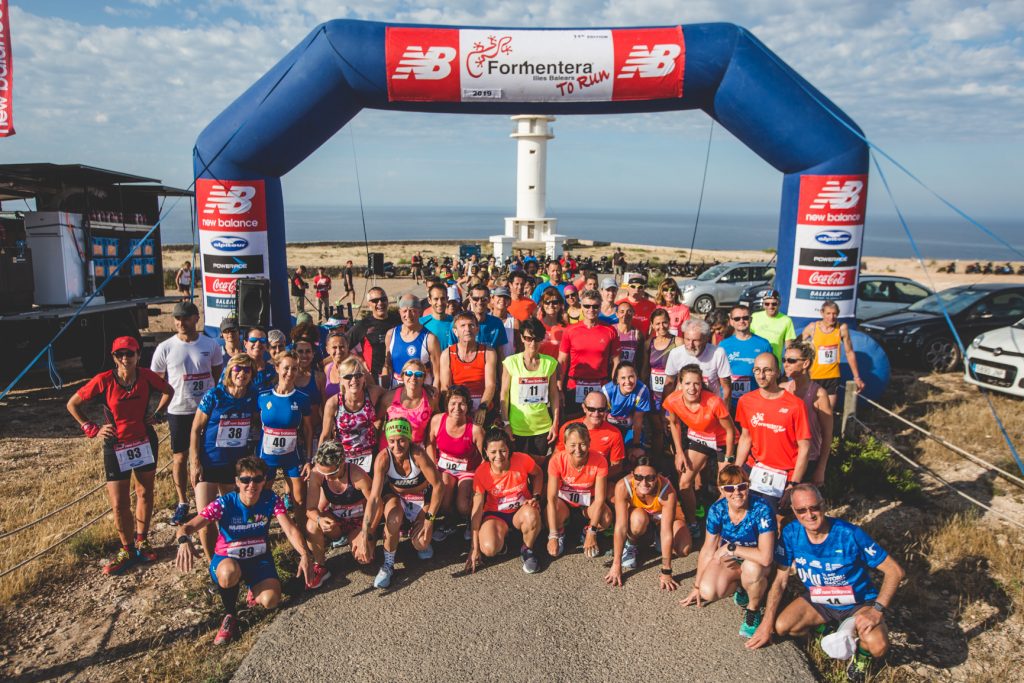