Three sandy beaches where you can enjoy the sun, the sand and the seafood.

The north coast of Formentera, which extends beyond Punta Prima in the direction of La Mola, is known as the Tramuntana coast due to its north-facing orientation. And this area is home to a charming little-known place called Ses Platgetes.

To reach this place, you just have to go to the centre of Es Caló de Sant Agustí, the only coastal town in the area, highly regarded by residents and visitors for its fishing port and its high-quality restaurants. Here you will find the nearest car park for walking to Ses Platgetes, located to the west of the town. It is also possible to reach the area via one of the accesses that lead directly to the road.

Its name refers to the small size of these beaches, but between them they make up a length of approximately 600 metres. This name refers to the whole sandy bathing area next to Caló de Sant Agustí but in the past the various beaches were known as Platgeta de Prop, Platgeta d’Enmig and Platgeta de Més Enllà, depending on the distance from Caló. Thus, there are three beaches divided by rocky areas, where you can stretch out your towel comfortably to enjoy their uncrowded nature and the breathtaking views of the cliffs of La Mola.

Here there is also a small forest of low junipers and dunes that can be crossed using the footbridges installed to prevent their degradation. The alternation of sand and rock gives the landscape a varied appearance. The same thing is true of the seabed, where each nook and cranny offers a spectacular view for snorkellers. The only drawback is that on days when the Tramontana wind blows strongly, the sea becomes quite rough, but during the summer months the typical calm of the island’s turquoise waters generally prevails.

And after a dip in the sea, there is nothing better than going to one of the restaurants of Es Caló de Sant Agustí to savour the exquisite local fish dishes. The perfect combination of beach and cuisine and a place that should not be missed before going up to La Mola. 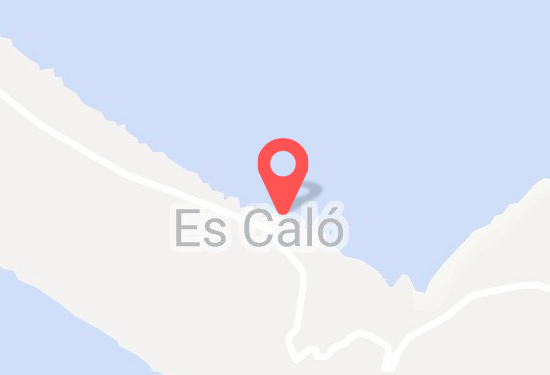 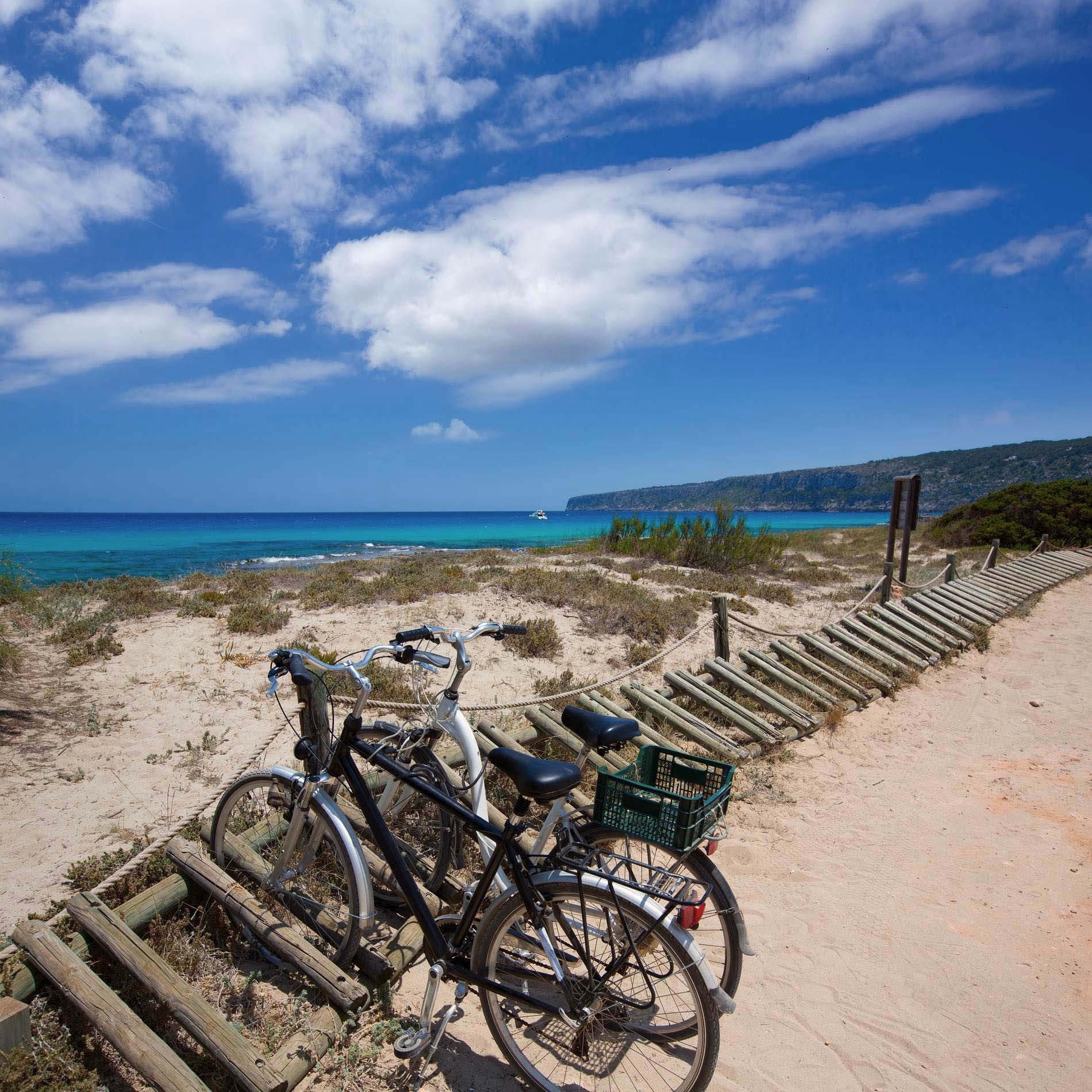 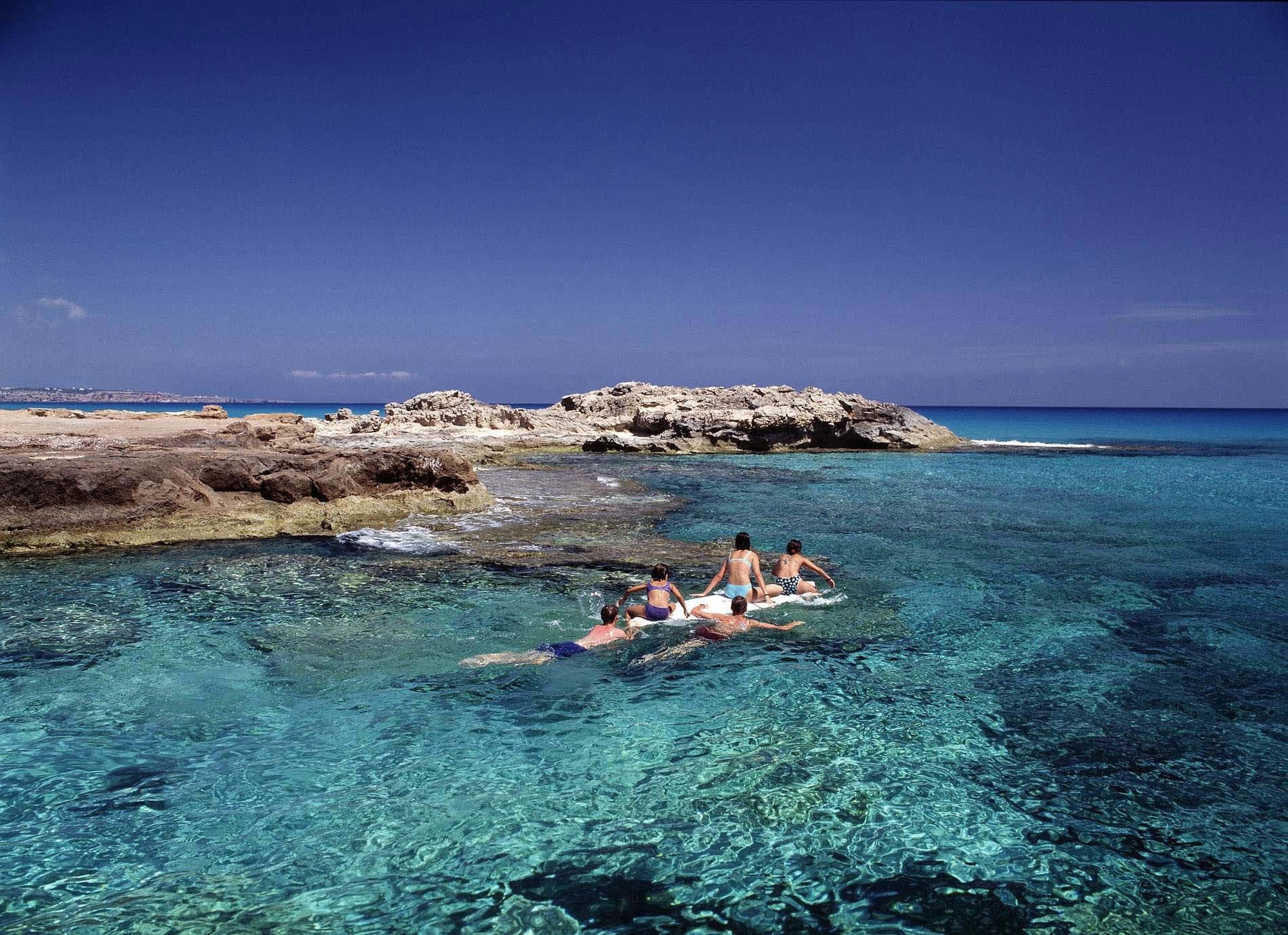 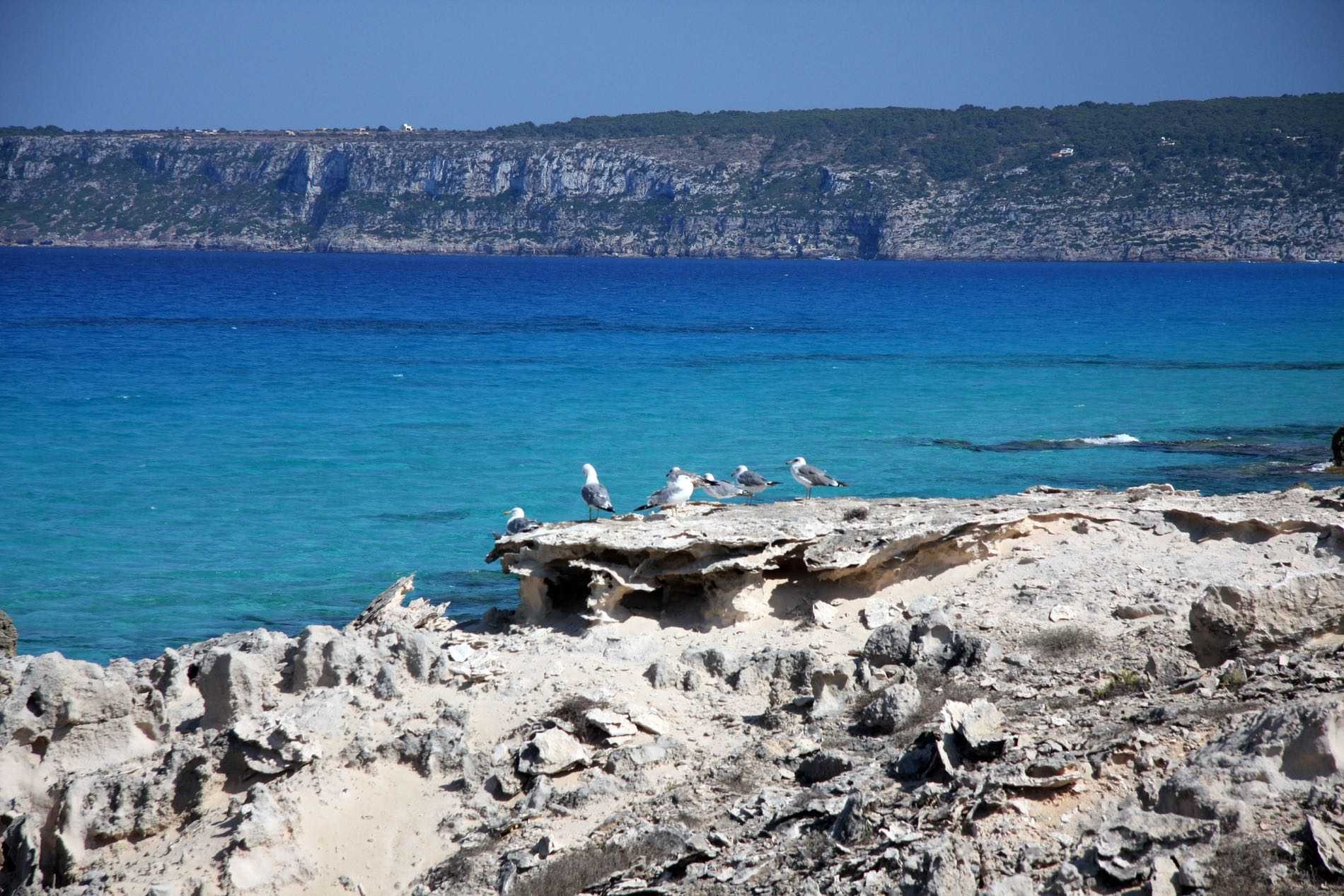 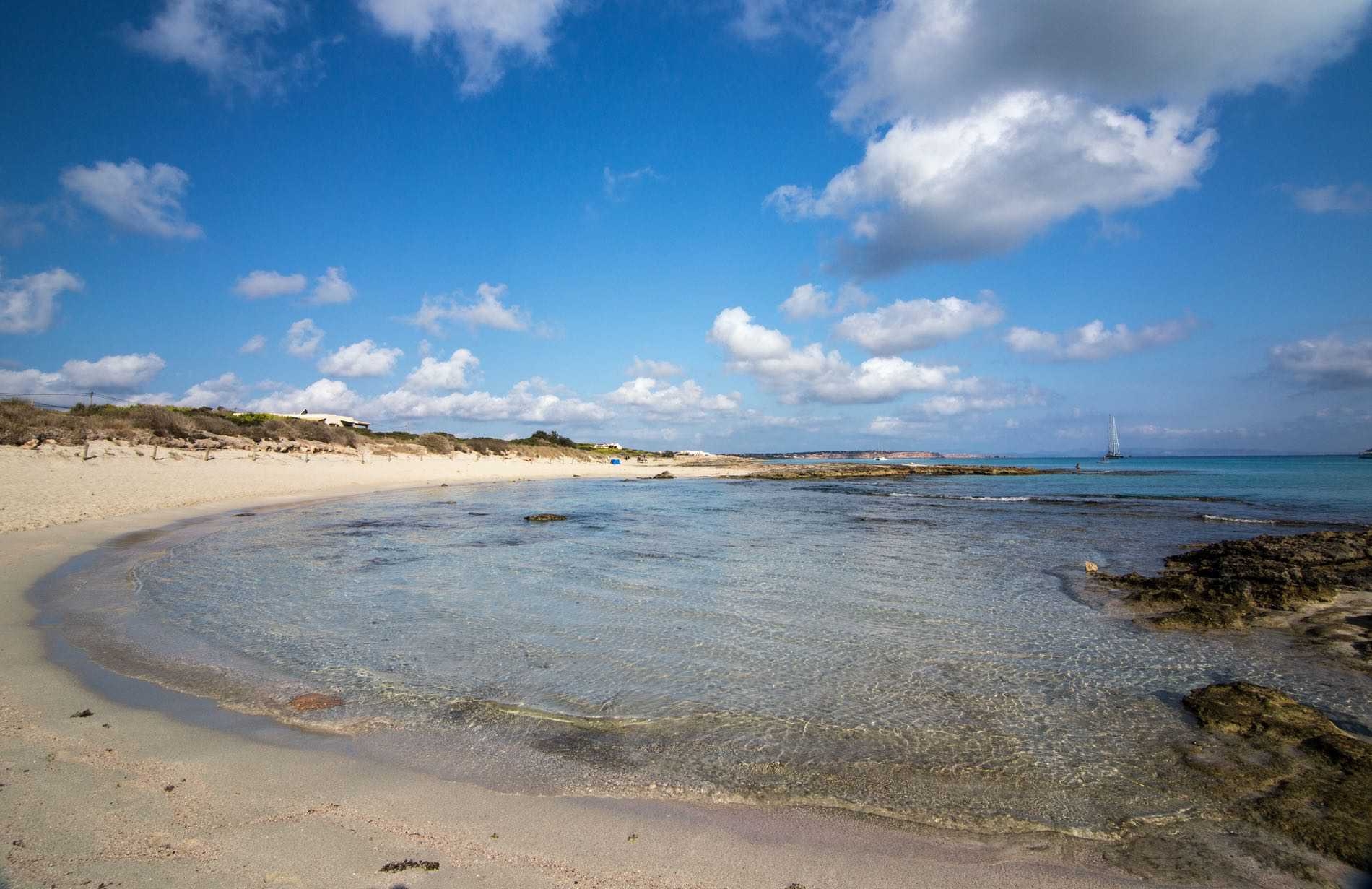 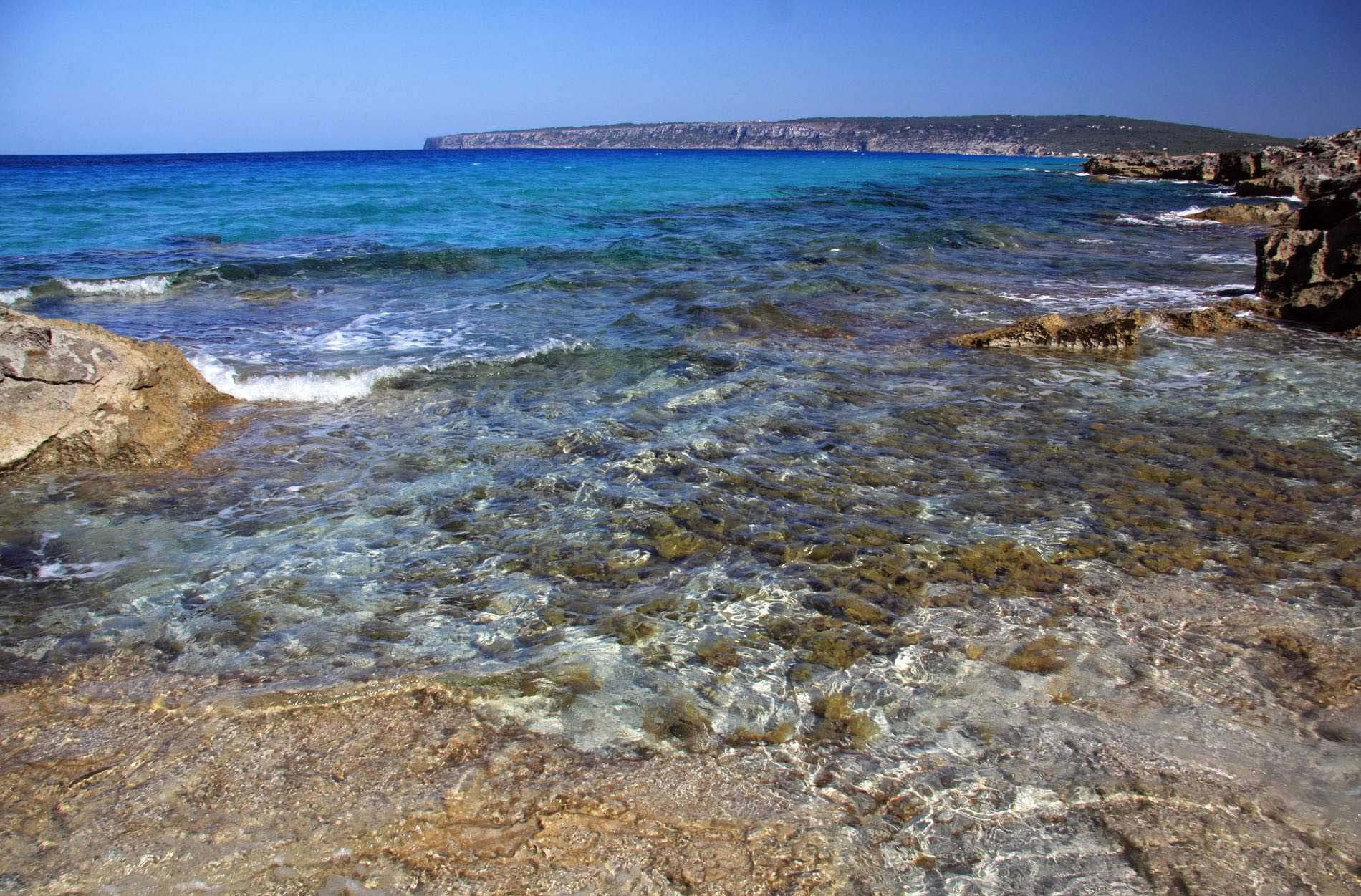