Route 15 is one of the longest green routes on the island and it connects Sant Francesc Xavier with La Mola. Start by taking the old road from La Mola that runs parallel to the main road, the first stretch of which is tarmacked. This route takes you through typical countryside, with stone walls, livestock and shored-up fig trees, some of which are enormous. There are several reasons for this age-old custom. It stops the branches from taking root, it makes it easier to pick the fruit, it stops goats and sheep from eating the figs and it strengthens the tree tops, making them more resistant to the strong winds that blow on the island. The biggest fig tree of them all, known by locals as “Blanca d’en Mestre” is in Can Metre. An enormous space has been created under it using a spiral system of wood and iron. This internal structure has been analysed by Formentera architect Marià Castelló as though it were an organic-artificial construction model.

Before you reach Es Caló, why not visit the castellum romano of Can Blai, the remains of a fortified structure from Roman times. Continuing along the main road, you’ll reach the fishing village of Es Caló de Sant Agustí with its typical seaside atmosphere. Don’t miss the opportunity to visit the natural harbour and restaurants serving the area’s typical dishes. Leaving Es Caló behind, Route 15 ends where the Sa Pujada road to El Pilar de La Mola starts. 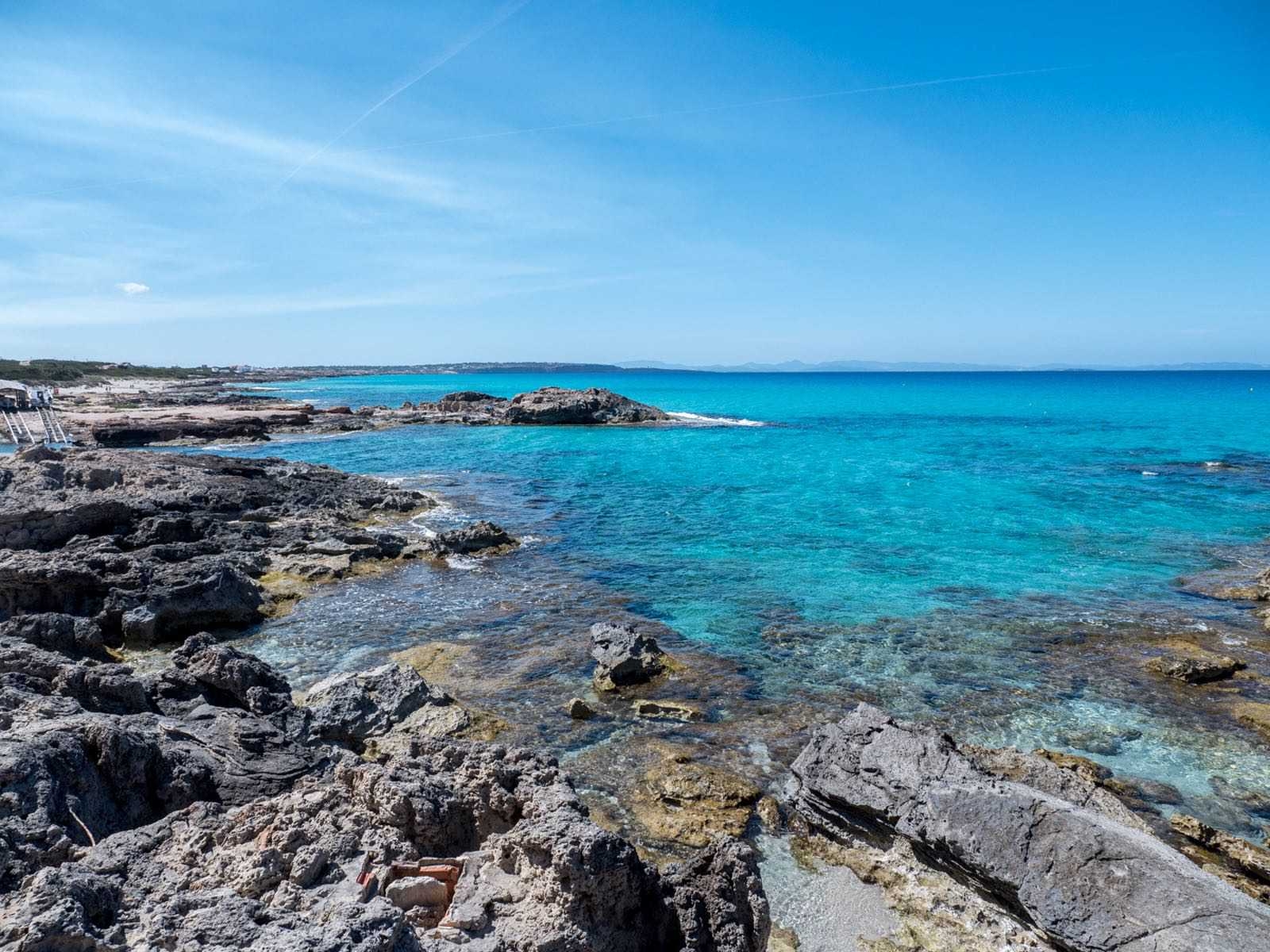 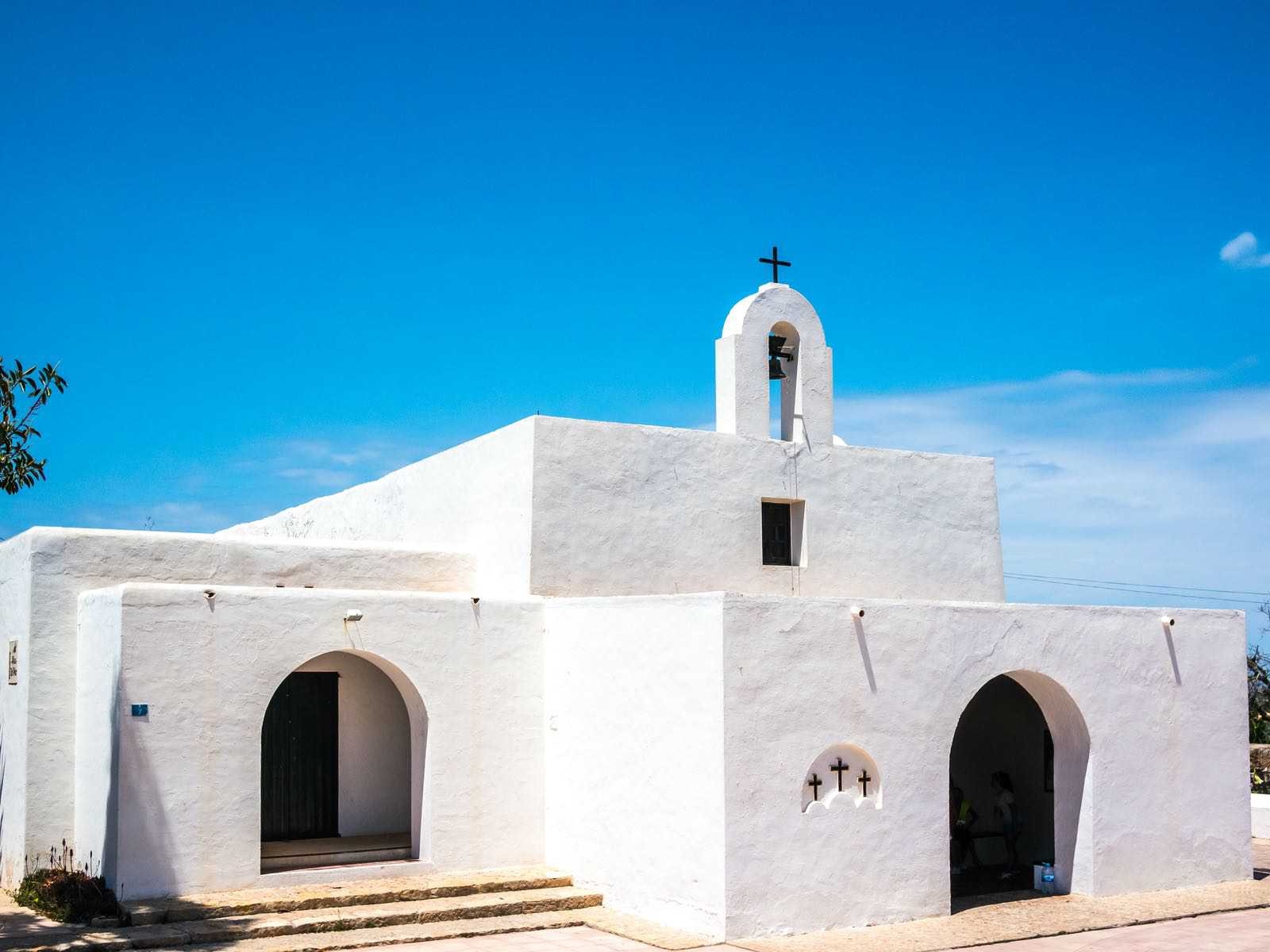 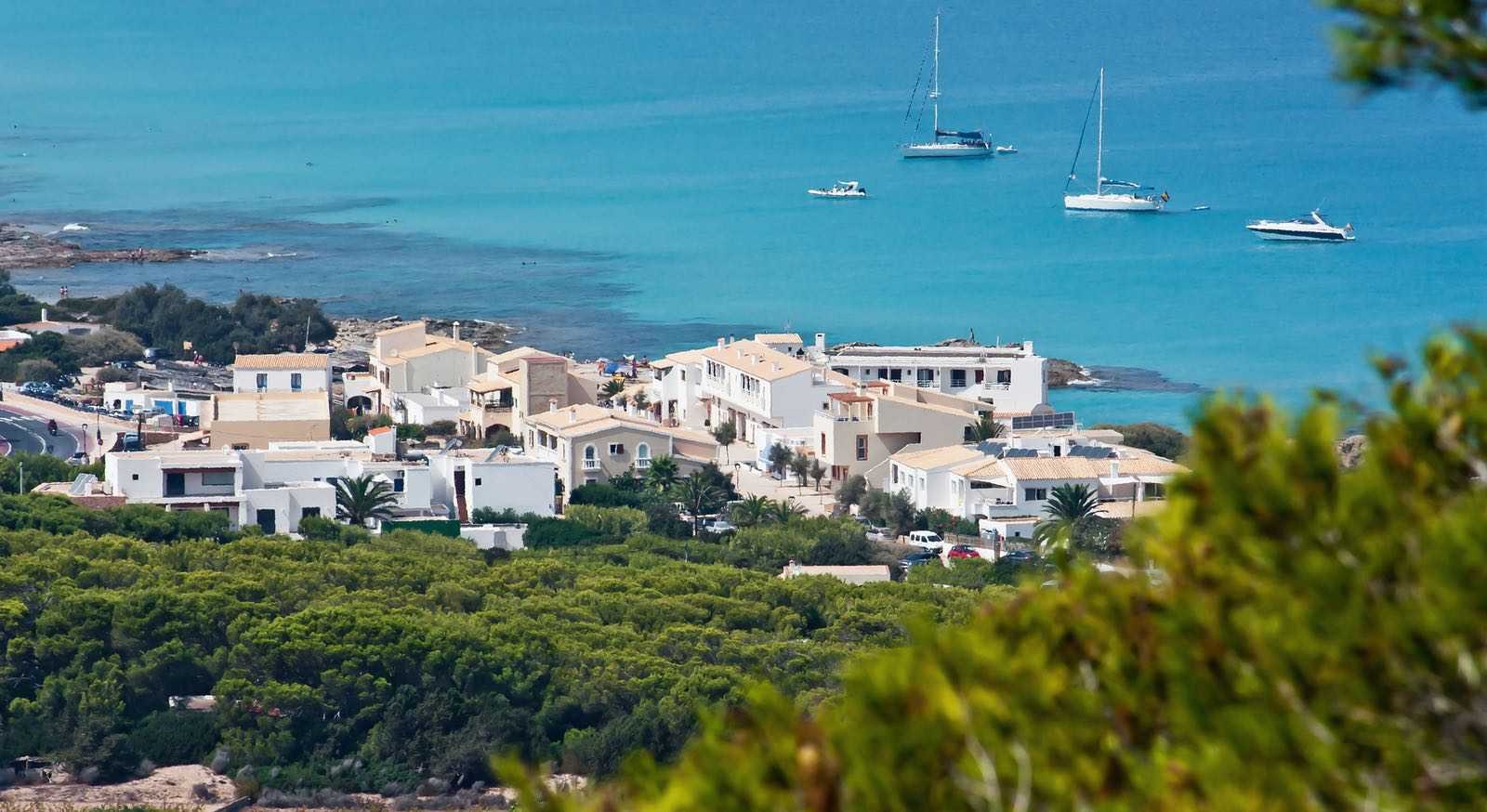 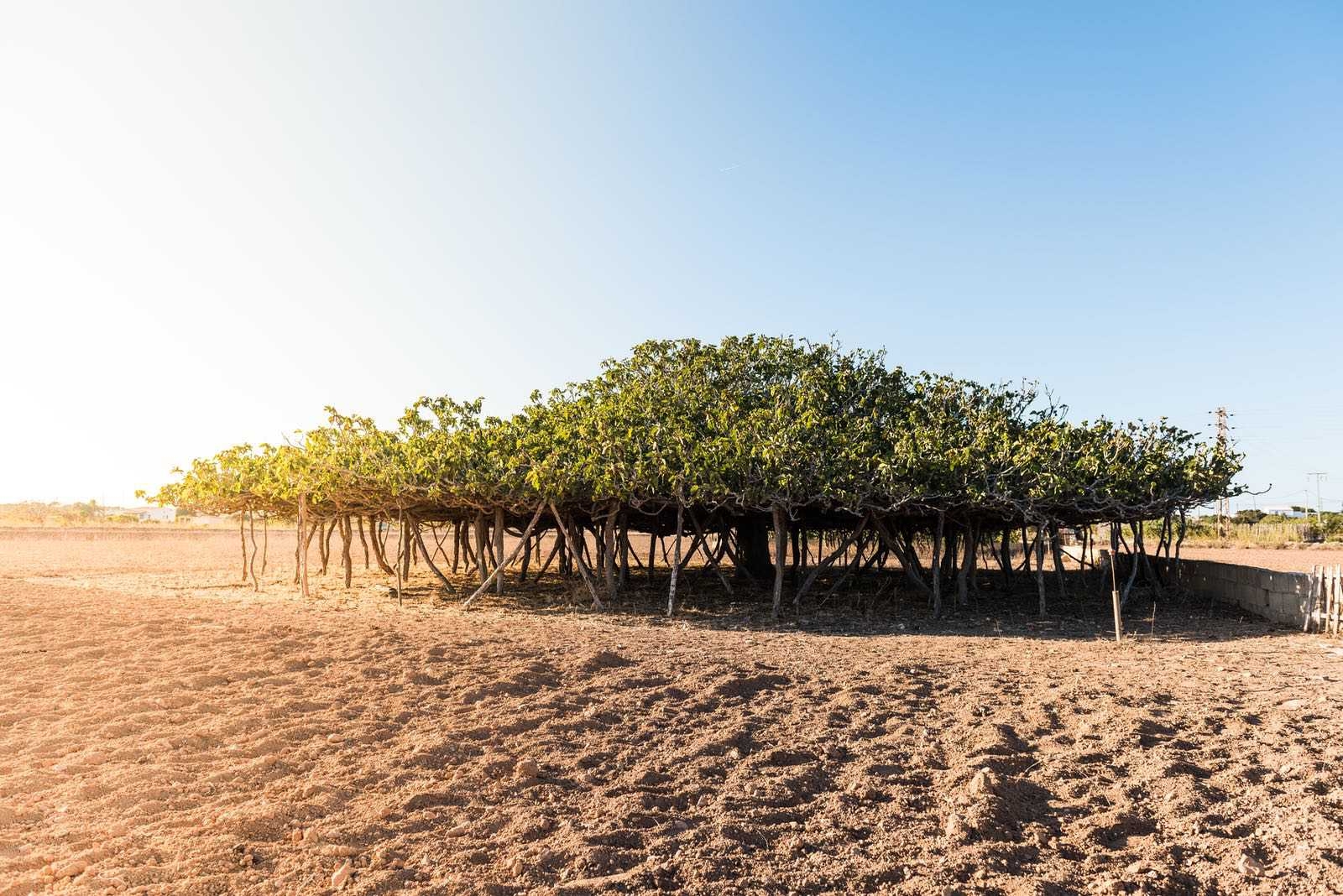 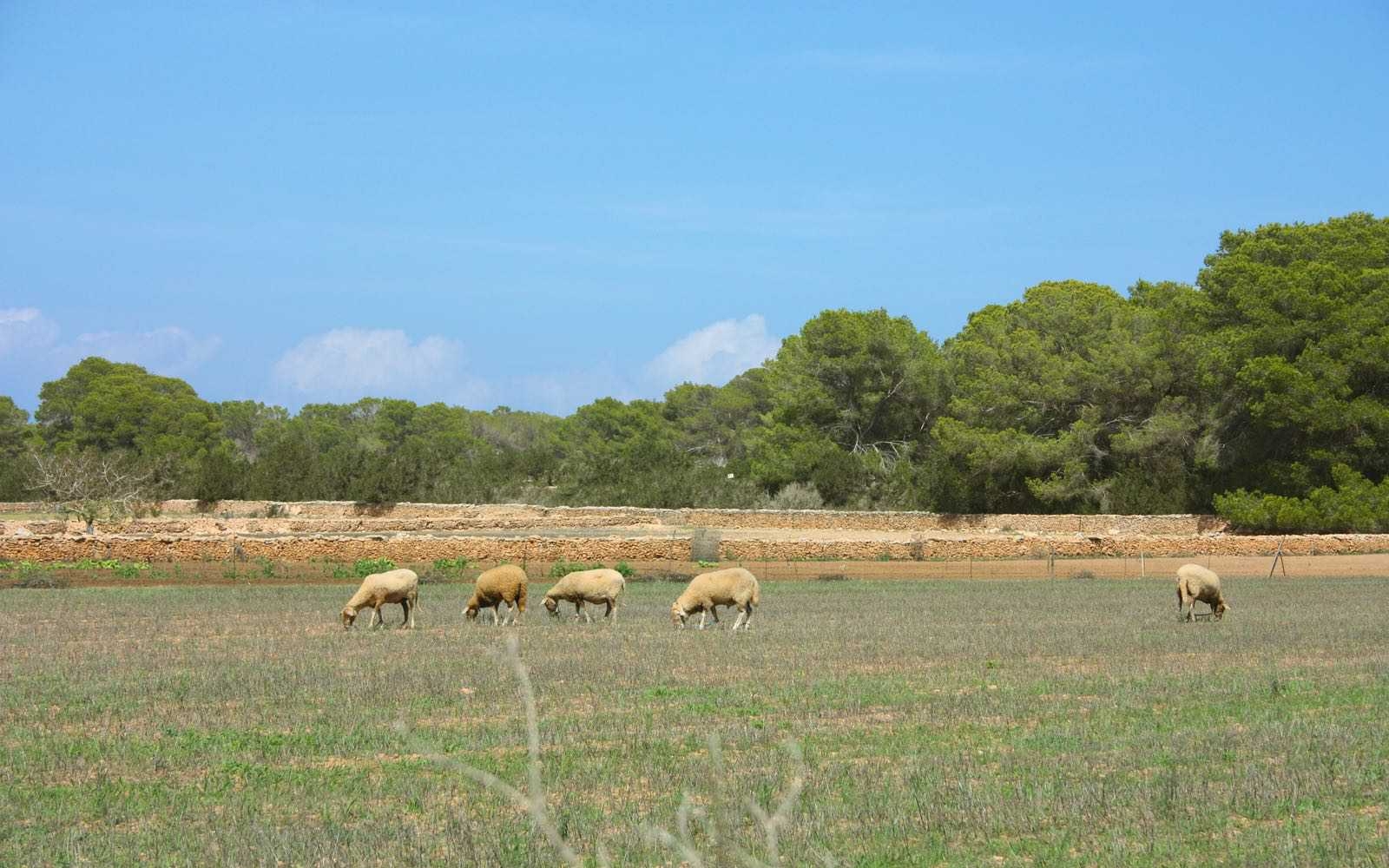