If you know anything about Formentera then you’ll be aware that the Cala en Baster is one of the most special, unique places on the island. It is a haven for fishermen, surrounded by high limestone walls in which they have carved out their traditional cave-like shelters for their boats. The easiest way to get there is to start out from the town of Sant Ferran de Ses Roques, where you can visit the church, the square and the legendary Fonda Pepe, the heart of hippiedom the seventies. From Sant Ferran, head for the Tramuntana coast which occupies the central northern part of the island and is mainly formed by low-lying rock. Cala en Baster awaits us at the end of the road and you will be surprised by its imposing height, its crystal clear waters and the haphazard wind-carved sandstone rocks that hide the traditional dry docks with their cave-like appearance. Our trip continues southwards along inland country paths where you’ll see typical elements of the Formentera countryside, with fig trees shored up by poles, small flocks of sheep and goats and family kitchen gardens with characteristic stone walls. At the end of the road is Migjorn, the longest beach in Formentera; measuring five kilometres and with a half-moon shape, it covers the entire south of the island. 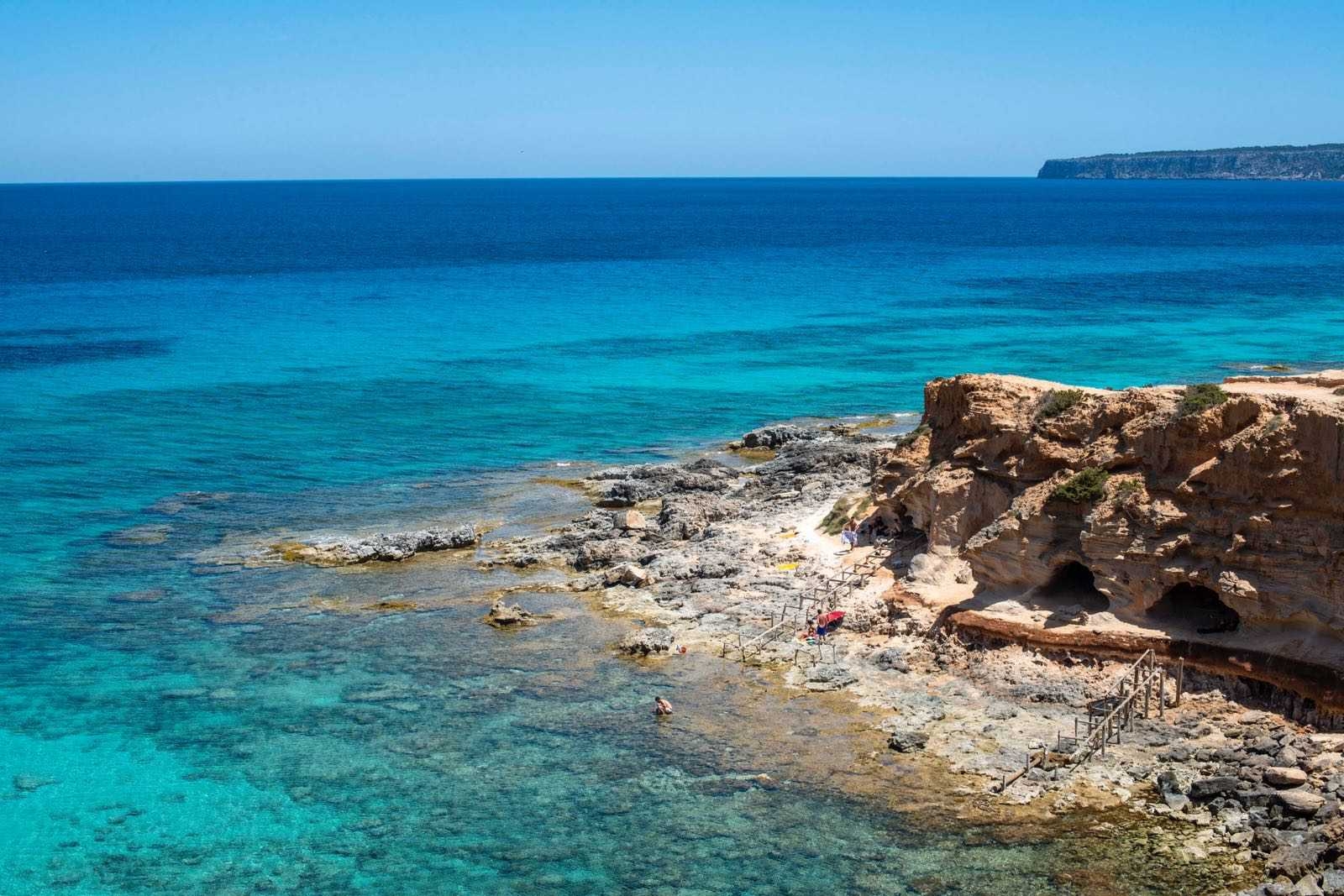 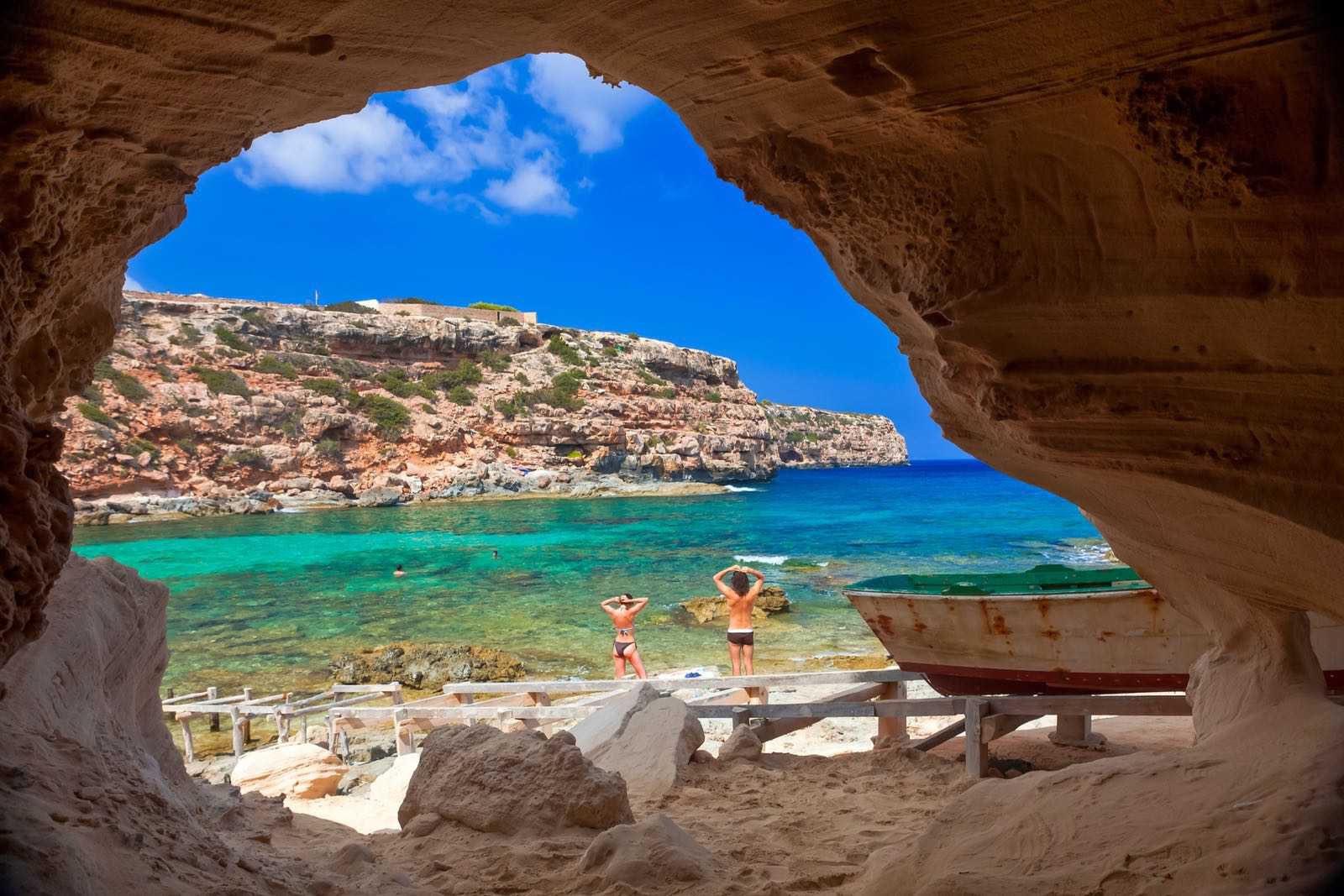 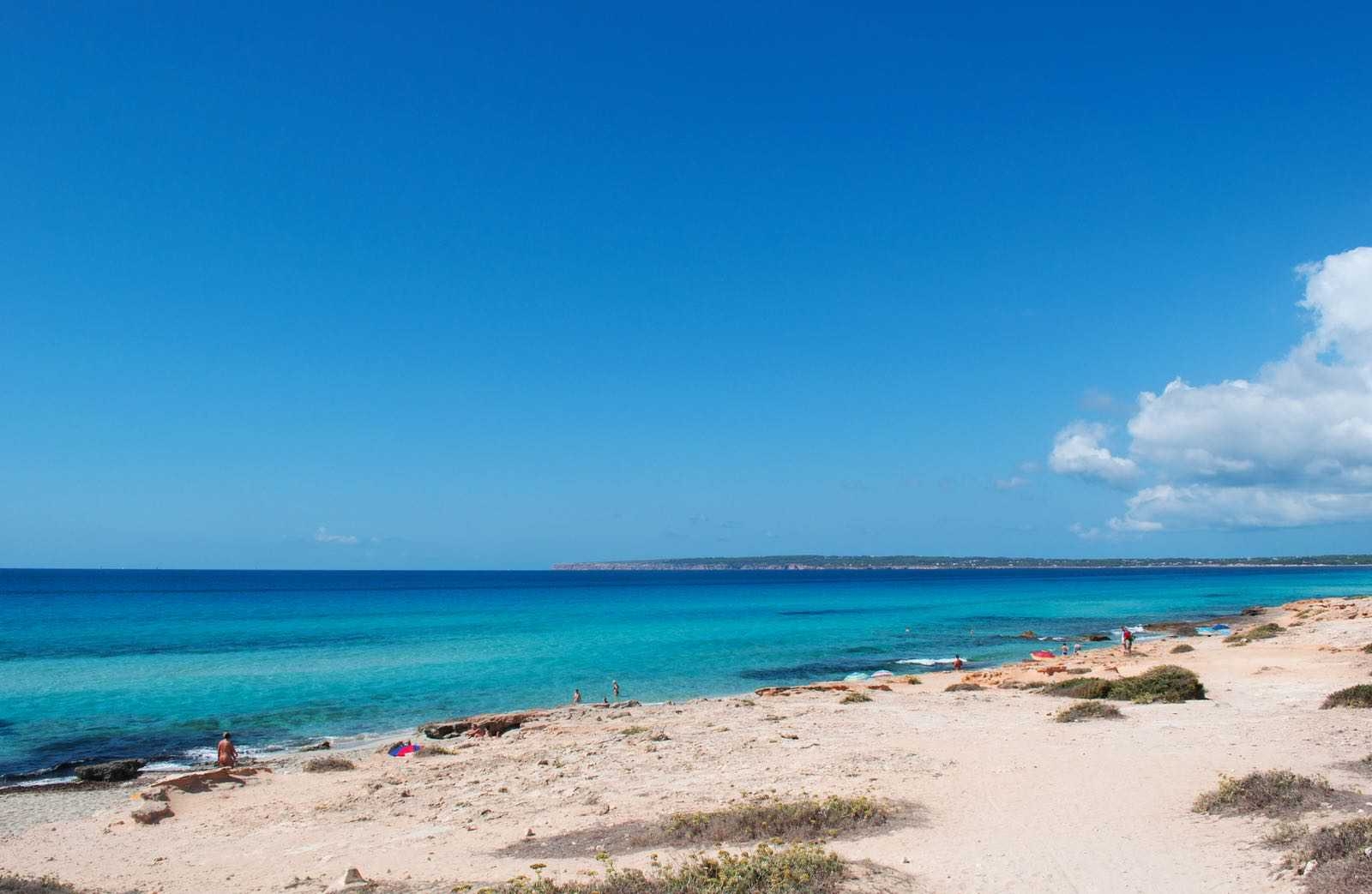