This route is the best connection between Es Pujols and the Migjorn beach. It is a direct road and quite a lot shorter than the main road. Start out from Es Pujols, the tourist hub of the island well-known for its bustling summer lifestyle. You’ll find a wide array of services for holidaymakers, such as hotels, apartments, restaurants and leisure facilities, souvenir shops and boutiques and a hippie market... Es Pujols also has a pretty shell-shaped sandy beach. It is dotted with tiny islands, small rocks and boatyard huts that give it the picturesque appearance of a fishing village.

Walk along the Camí de Ses Vinyes between the towns of Es Pujols and Sant Ferran de Ses Roques. As the name suggests, it is surrounded on all sides by vineyards. You will pass by the Can Teuet windmill, the oldest in Formentera, documented in the 18th century and built in 1773. Finally you will reach Es Mal Pas, where the Es Pi des Català stands. It is one of the four watchtowers on the island. All have the same circular floor plan and are built on two levels, with access from the second floor for security reasons. 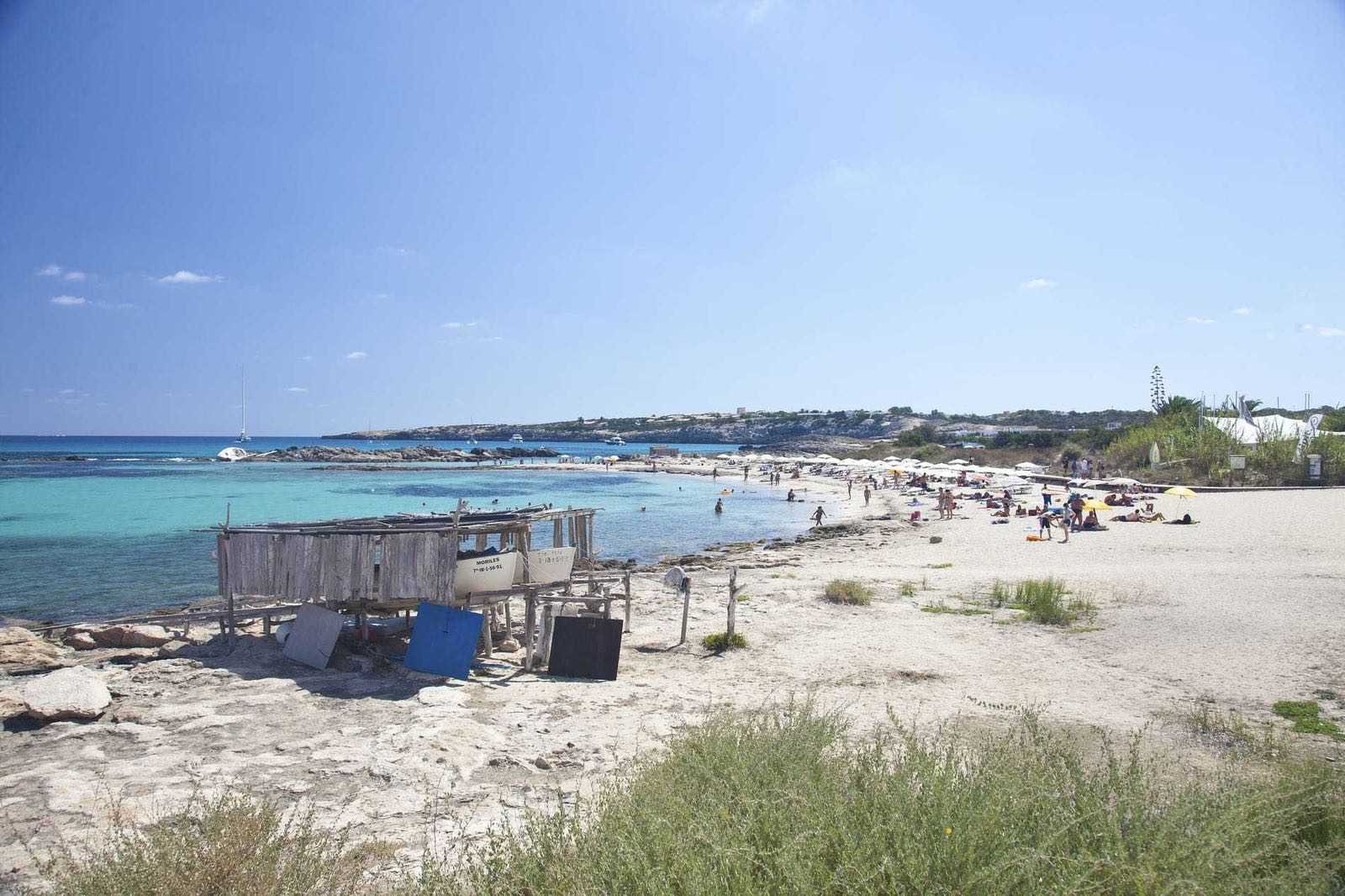 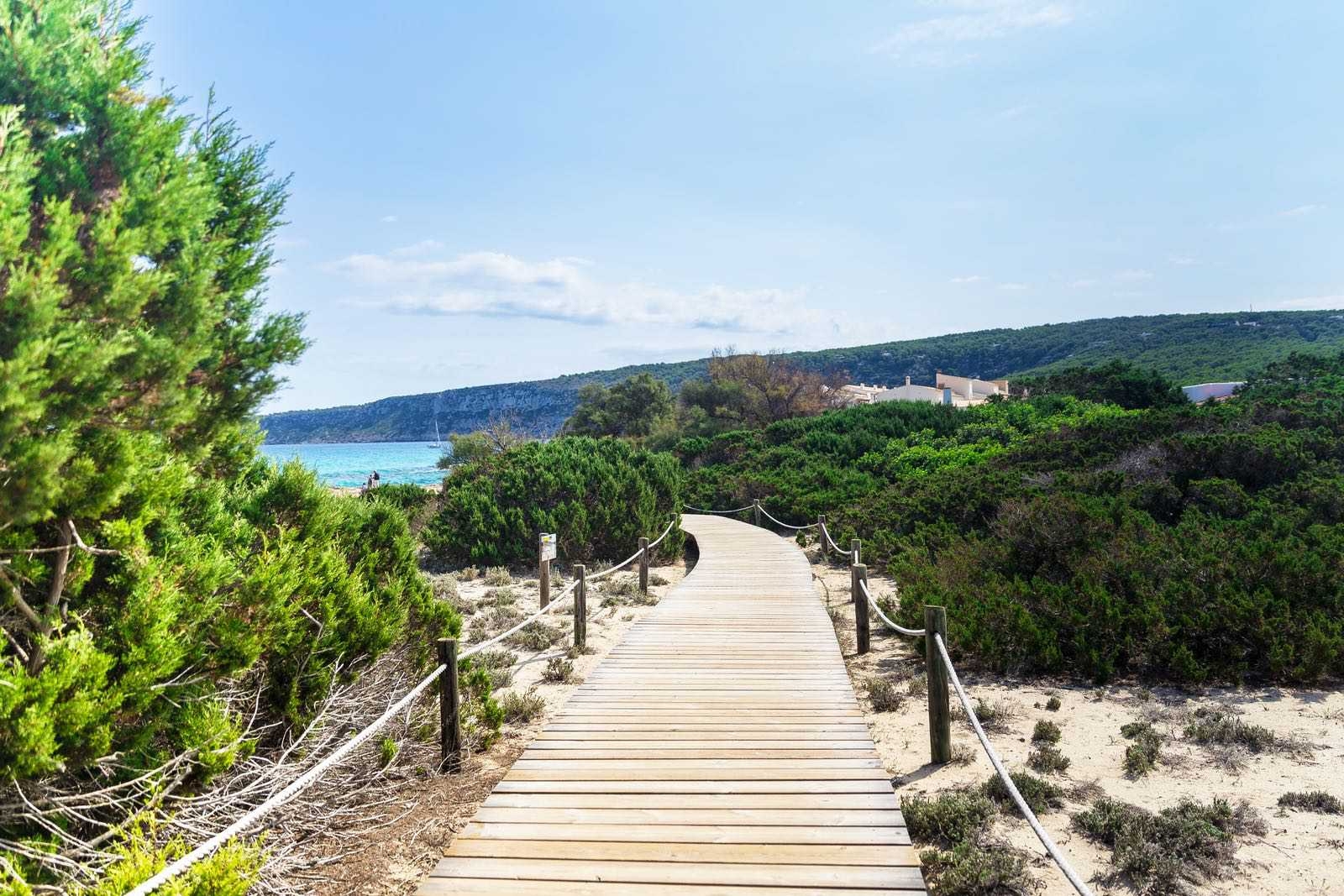 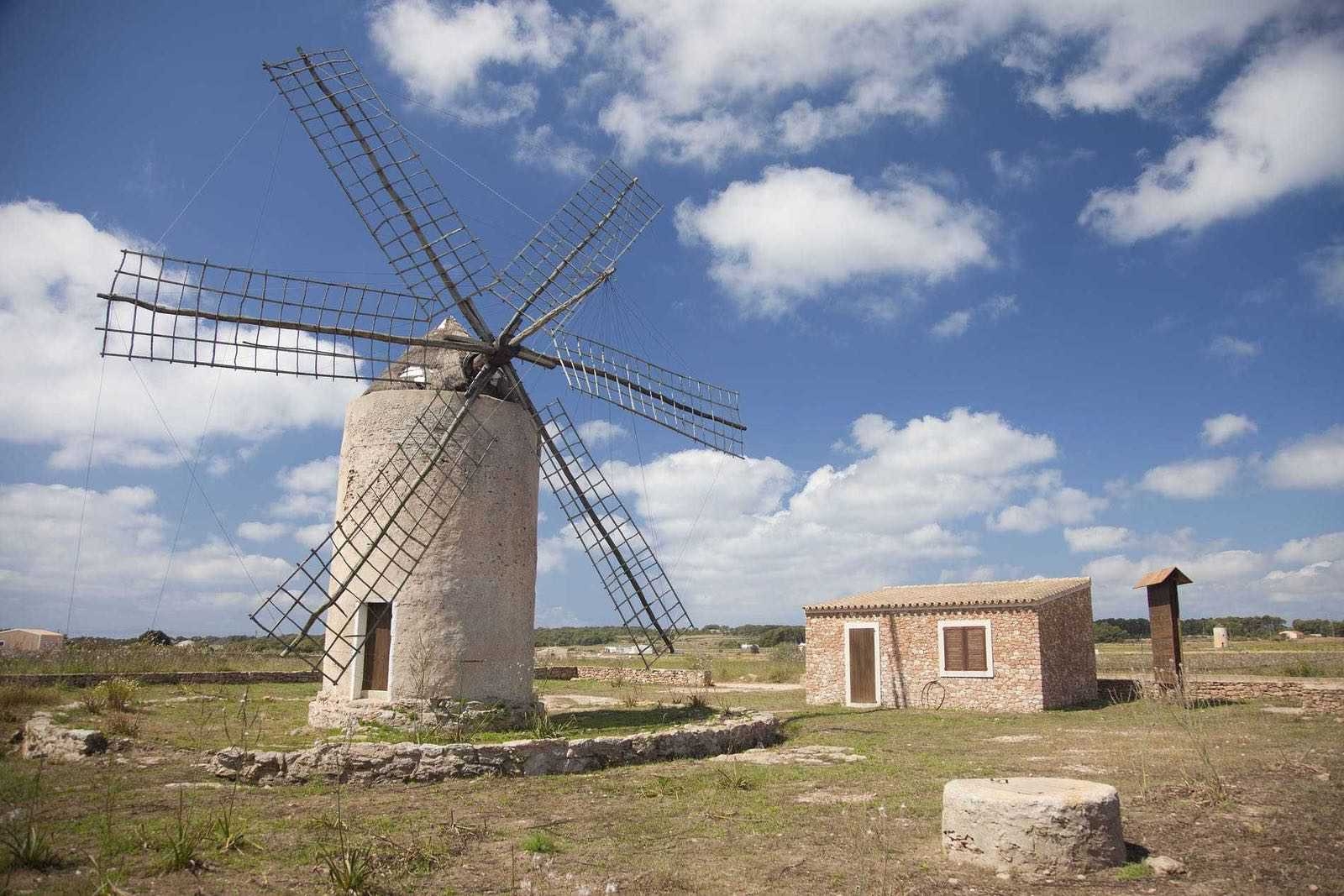 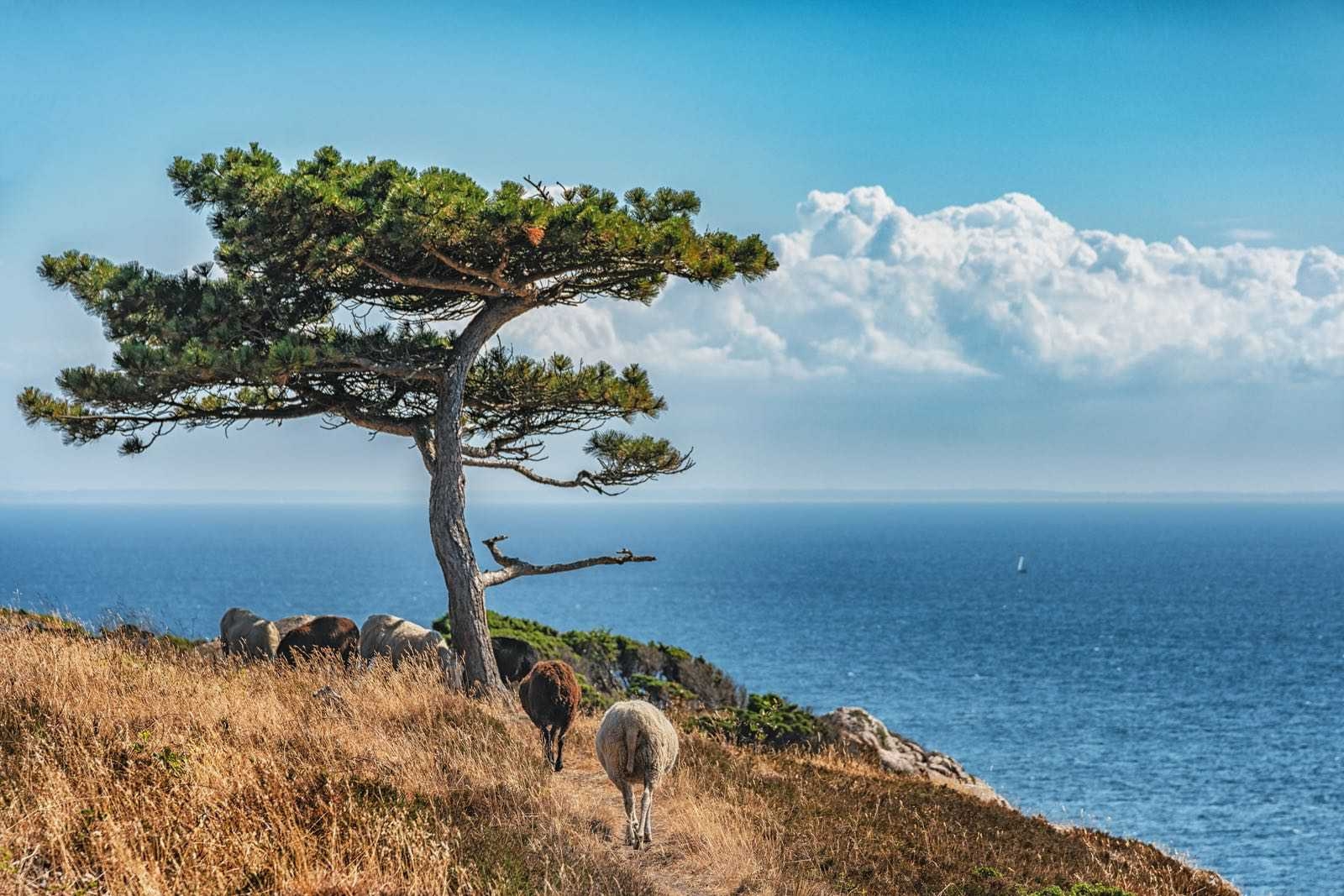